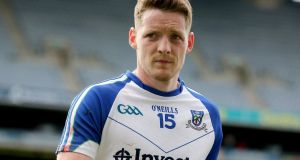 Conor McManus: Monaghan will be looking to their star forward for inspiration against Dublin at Croke Park. Photograph: Oisín Keniry/Inpho

The theory that an All-Ireland quarter-final might be a good place to catch Dublin after a softball Leinster campaign has generally had manners put on it under Jim Gavin.

In four quarter-finals against Cork, Monaghan, Fermanagh and Donegal, Dublin have never won by less than five points. They haven’t been behind in a quarter-final at any stage since the Cork game in 2013 and even then, the sum total of minutes they trailed is four. To repeat – four games played and they’ve only had to play catch-up for four minutes. The Dubs are fine with quarter-finals.

Monaghan come as underdogs but they don’t lack for experience at this stage of the championship. They do, however, lack for good experience. In three All-Ireland quarter-finals back-to-back between 2013 and 2015, their starting forwards scored a grand total of nine points from play. They never threatened a goal across two matches against Tyrone and one against Dublin.

The notion that they might have a chance in these games if they keep it tight early on has had a short enough shelf life too. Against Dublin in 2014, they were level on 0-3 to 0-3 after 24 minutes. By the time the clock ticked 30, they were 2-5 to 0-3 behind. In that game and the one against Tyrone the following year, they only mustered 0-5 by half-time. If the popular wisdom says that Monaghan won’t beat Dublin in a shoot-out, there’s been zero evidence to suggest they’ll overcome them in an arm-wrestle either.

This is all by way of pondering what sort of challenge Monaghan will bring to Croke Park with them.

We know what the Dubs will do – they will do whatever is needed. If Monaghan come with double sweepers and a Game of Thrones wall across their 45, Dublin will sigh and roll their eyes and work the ball until the gaps open up. They don’t enjoy playing against sardine-packed defences but – and this is important – they don’t lose against them either.

For all the garlands thrown Kildare’s way after the Leinster final, Dublin still won yawning and never looked like they were going to put up a total below 25 points.

Monaghan have to decide what an all-out packed defence buys them. Maybe it holds the Dubs to below 20, possibly even 16 or 17 on a very good day. But Monaghan still have to outscore that for it to be worth the effort. Another All-Ireland quarter-final gone without landing a punch is of no use to them.

So it’s possible that Malachy O’Rourke might chance a more expansive hand here. Maybe not at the start but certainly as the game progresses. Monaghan have had relative success recently in the league against Dublin, generally on the basis that Gavin prefers his defenders to play one-on-one at the back.

Jack McCarron’s display in Clones back April mirrored a couple of Conor McManus performances in 2015 and 2016. If you’re good enough, the Dubs aren’t averse to giving their defenders the challenge of stopping you.

Monaghan need McManus and McCarron to be in elite form here and for Conor McCarthy and Kieran Hughes to throw into the pot as well. And short of an earthquake, it still won’t be enough.

Dublin’s indifferent league form looks to have righted itself. Con O’Callaghan has arrived every bit as fully-formed as they hoped he would. With a relatively clean bill of health (although we’ll believe Paul Flynn and Michael Darragh Macauley when we see them), the competition for places in defence will see a big name or two sitting on the sideline.

Bernard Brogan might have to score another five points from play off the bench to get a semi-final start – and even then, Gavin might decide it’s working a treat to keep him this hungry.

All in all, Dublin have altogether too much firepower here to be troubled by anything less than a perfect Monaghan display. Given that O’Rourke’s team have been well short of that both at this stage and in this championship, there is little prospect of the holders tripping up.