Limerick inflict another defeat on Tipperary in Munster Hurling League 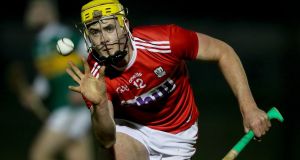 All-Ireland champions Tipperary suffered their second defeats from two outings in the Munster Hurling League following a thrilling tie against Limerick at the LIT Gaelic Grounds on Friday evening.

Adrian Breen scored the game’s opening goal in the 15th minute as the pendulum swung in Limerick’s favour.

This led to a dominant period for the home side who grabbed a further seven points with Tipperary notching up just three points of their own.

Three Jason Forde points without response narrowed the deficit to four at half-time, 1-10 to 0-9 in favour of Limerick.

Liam Sheedy’s charges recorded 12 wides in the opening half compared to Limerick’s four.

Moments after the restart Forde scored his fifth point of the evening to make it a three-point game.

A John McGrath goal then brought the two sides level as he rounded Barry Hennessy to find the back of the net.

Tipperary reduced the lead to a point but a David Dempsey goal 10 minutes from time secured victory for John Kiely’s Limerick side.

Kieran Kingston’s second spell in charge of the Cork hurling team began with a 19-point victory over Kerry at Mallow.

While the Kingdom did lead the clash when Shane Conway pointed in the second minute, it was the only time Cork trailed and they were 0-7 to 0-5 in front when Shane Kingston, son of the manager, almost goaled, his shot brilliantly saved by Martin Stackpoole.

That was in the 22nd minute and Cork pushed on from there with Seán Twomey and Robbie O’Flynn catching the eye as they led by 0-15 to 0-7 at half-time. Jordan Conway might have had a Kerry goal on the resumption but he sent a low shot wide and Cork responded with a O’Flynn’s fourth point before Ryan Walsh found the net.

Chris O’Leary, Michael O’Halloran and sub Mark Coleman had further points as Cork eased clear, leaving them in a strong position ahead of their other group game, away to Waterford on Sunday week.