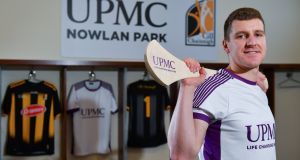 Eoin Murphy has offered a damning assessment of Kilkenny’s season, labelling it A “a waste of a year” because they didn’t win any silverware.

The two-time All-Star goalkeeper competed in Leinster and All-Ireland finals with the Cats but defeats to Wexford and Tipperary left a sour taste.

Most counties would have deemed that a positive season or even a breakthrough campaign though four-time All-Ireland winner Murphy didn’t pull any punches in branding 2019 a write off.

“I always say that at Christmas time, the only teams that will be remembered are the All-Ireland champions – and that’s Tipperary and Dublin this year,” said 29-year-old Murphy at the official announcement of UPMC’s 10-year naming rights partnership that sees the home of Kilkenny GAA renamed UPMC Nowlan Park.

“For ourselves and Kerry, beaten in the final, there’s no use saying you’re a finalist. You get a bit of a holiday, a bit a of trip out of it as a reward.

“Other than that, there’s no difference whatsoever. Okay, we got to a Leinster final and an All-Ireland final, that’s a small bit of progress for our younger players to get that experience and hopefully they keep driving things on because they want to experience that again.

“But unless you win an All-Ireland, it’s really no use. It’s genuinely not. It’s a waste of a year, honestly.”

Murphy reckons soccer’s Video Assistant Referee (VAR) could have been useful in the Hogan situation though said “that’s where I’d draw the line” in terms of introducing such technology.

The Glenmore goalkeeper knocked back the idea of using VAR to adjudicate on issues like the late 65 that wasn’t given to Limerick in the semi-finals which Kilkenny won by a point.

Darragh O’Donovan’s sideline cut deflected off Kilkenny defender Cillian Buckley and went wide though a ‘65’ wasn’t awarded and Murphy pucked the ball out as normal.

“Look, where do you stop?” said Murphy.

“I know the Premier League are looking at it now that it’s a bit of a nuisance. Somebody’s toe or their knee bending in front of their leg if they’re in that sort of leaning motion [can be ruled as offside]. Ah, come on. Maybe a second referee because the game has gone so quick.

“But for VAR, I’m not sure if it would actually work. Hurling is something that is just so free-flowing, it’s so quick and that adds to the excitement and it draws in a crowd. If you’re having a decision reviewed by VAR – and look, I know Hawk-Eye is there for obvious decisions – but even that 20 or 30 seconds that it might take to review decisions, you can feel the whole crowd sort of getting agitated. They feel like they’re not fully involved in the game so I wouldn’t be a fan of that, certainly not, no.”

Kilkenny will return to action on January 12th for a Walsh Cup semi-final clash with Wexford. New selector DJ Carey said the Cats will need to reach another level of performance in 2020 to return to the top.

“Yeah, I definitely think so,” agreed Murphy. “This year, throughout the Leinster championship, we were going in fits and spurts and we didn’t go consistently throughout games.

“When we got to the All-Ireland quarter-finals, first-half, we were a bit tentative about our play. Lads seemed to be holding back a small bit, seeing if someone else would grab the game by the scruff of the neck.

“When we got in at half-time, we spoke about where we were going wrong and what we needed to do to address that. But it’s a dangerous game, you can’t be waiting until a Leinster final or an All-Ireland final to have those games.”

1 Who is Caelan Doris? Meet Ireland’s newest rugby star
2 Winds of change as Ireland name a refreshed team, picked on form
3 Gordon D’Arcy: If Farrell can tap into our self-worth, we’re all on a winner
4 Clongowes calmly restore order after Terenure’s terrific start
5 Dave Hannigan: Everyone believed they were on first name terms with Kobe Bryant
Real news has value SUBSCRIBE

Cost of inter-county preparations a ‘runaway train’ 21:47
Kerr and Quinn to launch policy document on funding of Irish football 21:42
Mary Immaculate bring that little bit extra to edge out UL 21:19
Dave Hannigan: Everyone believed they were on first name terms with Kobe Bryant 21:00
Holders UCC see off UCD to book spot in Fitzgibbon Cup semi-finals 20:38
Crossword Get access to over 6,000 interactive crosswords