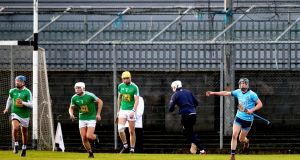 An understrength Dublin team were comfortable winners over Westmeath in a low-key Walsh Cup game played in cold but pleasant conditions in Mullingar on Sunday afternoon.

Westmeath started brightly and helped by a brace each by Niall Mitchell and the outstanding Eoin Price they led by 0-5 to 0-2 after nine minutes. However, Dublin took control at this juncture and they outscored their hosts by 1-13 to 0-4 during the remainder of the first half, the goal coming from Aidan Mellett in the 15th minute. Dublin led by 1-15 to 0-9 at the break.

Despite the best efforts of Price, in particular, Westmeath were always playing catch-up on the change of ends. The home team might have been closer but for some wayward free-taking, but Dublin never looked likely to be overtaken with Donal Burke and newcomer Lorcan McMullan always to the fore.