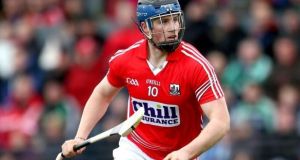 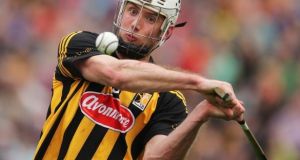 Clare are under new management this year and although the new direction after the intensity and structure of David Fitzgerald’s All-Ireland winning tenure suits the players, it could be a slow burn.

The win over Limerick was more comprehensive than the four points but there is a distance to travel before they hit top gear.

Cork too have ground to cover but it is across the terrain of undiscovered potential and so far the journey has been impressive.

Set against Clare’s assets as displayed in the semi-final – most strikingly the return to fitness and form of Shane O’Donnell and Conor McGrath, Colm Galvin’s distribution and David McInerney back in harness – is the fitfulness of the two key contributors in 2013, Tony Kelly and Podge Collins.

One way or another Cork won’t feel overawed even if any sort of supply to Clare’s forwards will exert pressure of a type not experienced against a sluggish Tipp and labouring Waterford.

They have the pace to cope with Clare’s movement – the reverse point can of course be made, as Waterford were very pedestrian in the semi-final but Cork have other advantages.

David Reidy has been dropped after his free taking went on the blink against Limerick, leaving him with a 50 per cent return from 10 dead-ball opportunities, whereas Patrick Horgan – looking more effective and relaxed in a stronger collective this season – is on the verge of overtaking Christy Ring as Cork’s top championship scorer.

Anthony Nash’s puck-outs were top class in the semi-final whereas Clare’s Andrew Fahy struggled in his, which contributed to ball winning problems at centrefield.

Throw in the buzz that the Cork youngsters have brought even when the supernova displays in the Tipperary match didn’t carry over in its entirety into the semi-final and also the attacking verve of Conor Lehane, Séamus Harnedy and a reviving Alan Cadogan and Kieran Kingston’s team look good.

This is arguably the most important match of the weekend, as it will leave one of the top four counties of the past two years barred from even the Last Chance Saloon.

Theoretically, Waterford should have an edge. They have young players who have accumulated a decent bit of experience over the past two years, and who should be moving past a declining Kilkenny but it’s hard to identify what has gone wrong with Derek McGrath’s team whereas their opponents have been renovating and repairing as best they can.

As a result, Kilkenny’s defence is sturdier than the one that lost to Wexford in Leinster. They also have Michael Fennelly back, the latest exhibition of his ability to hit the ground running after serious injury duly staged. But in attack they are huffing and puffing a lot for the little blowing down being done.

Waterford scored well against Offaly last week eventually but by accounts played very conservatively. The key to their performances last year against Kilkenny was the ambition they showed. That is going to be difficult with question marks over players’ form.

For instance Patrick Curran ranked as only a fourth sub against Cork, getting a couple of minutes at the end, but is one of the players behind whom the team was supposed to evolve.

This is viewed as such a foregone conclusion that even Dublin’s protest over venue proved muted. Winning isn’t the entire objective for the All-Ireland champions, as they desperately need to find a vein of form that will take them into the business end of the summer with the cut of contenders.

Maybe it is dismissive of Westmeath to question why Tipp beat them by only nine points but when manager Michael Ryan acknowledges that someone as vital as Séamus Callanan is out of form, time is running out.

Dublin managed a big score against a significantly under-strength Laois but it was hard to place a value in that particular context and the latter’s decision to play with a sweeper left space for Ger Cunningham’s team to build from the back on uncontested puck-outs and scores followed.

Liam Rushe lined out at centre forward but his various excursions up the field have tended to emphasise his importance at centre back. Maybe the idea is to compete with the Tipp half backs but even Rushe would have his work cut out there.

The champions will win but the manner of doing so will be instructive.