GAA Statistics: Dublin v Cork may come down to Saoirse Noonan to decide 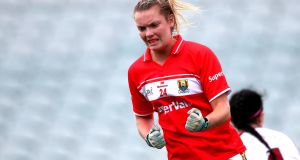 Between them the Dublin and Cork ladies footballers have scored 45 goals and 146 points in reaching Sunday’s All-Ireland final.

The Rebelettes have an average score per match of 4-14, while the reigning champions average 4-13 from their five matches played so far. A much anticipated free-scoring contest between great rivals looks too close to call – it may well come down to the two substitute benches to decide it.

The combined top scorer from play coming into the final is Cork captain Ciara O’Sullivan, she has accumulated 6-7, while the top scorer overall is Dublin captain Sinead Aherne with 4-24. However 1-13 of that was kicked from placed balls.

Third on both of those respective scoring counts is a Cork forward unlikely to start the match in Croke Park, but very likely to make an impact when she comes on. Saoirse Noonan has featured in five of Cork’s six Championship matches, coming off the bench at the interval in two of them and inside the final 25 minutes in the other three, yet she has still scored 6-11.

The Republic of Ireland soccer international is quite simply a scoring machine. Of all the Dublin and Cork players who’ll take to the field on Sunday, only O’Sullivan and Dublin’s Noelle Healy (with 4-11) have topped Noonan’s tally of 5-6 from play. While only Aherne and Cork freetaker Orla Finn – she has scored 1-27 and 1-13 of that has been from play – have scored more overall.

In all Dublin have had 14 different championship scorers while Cork have had 12 different women kick scores for them. Between the two teams 7-20 of their totals have been scored by substitutes, Noonan alone can account for 71 per cent of that.

All in just 128 minutes of football. In comparison, Healy for example has played in each and every one of Dublin’s 300 plus championship minutes.

In fact only five players in the entire championship have outscored Noonan. Ahead of Aherne in the scoring charts is Geraldine McLoughlin with 4-39 and Cavan’s Aisling Maguire with 1-38. While between Aherne and Finn is Sarah Houlihan from Kerry who has scored 4-22. Number six in the list is the only one of them not to have started every match. She hasn’t started any of them, and it's her debut season.

The Nemo Rangers club woman is still only 19 but plays with the maturity of one with many more years of experience. She keeps herself deep in the scoring areas – which requires patience on a Cork team who love to run the ball and take on their markers – lurking and jinking about until the scoring opportunity arises.

Against Donegal in the semi-final she came into the fray with 22 minutes left and scored 1-3. Her goal was a delight to watch – she held her run to take the final pass of a swift counter-attack – before rifling the ball into the bottom left corner. Her celebration said it all, she’s a finisher who loves nothing more than seeing the back of the net shake.

She knows it’s worth waiting for. That goal was one of only eight involvements she had against Donegal, and one of four touches from play. In those she had two shots, made one handpass and one kickpass, both of which from inside the opposition 13-metre line. She also slotted three of four free attempts, one of which was a beauty from out wide on the right and about 40m from the posts. With her right foot, on a left footers’ angle.

Noonan scored 3-4 as Cork claimed a third successive All-Ireland ladies minor A title last year, and there are big things expected of her in the county.

She’s powerfully built, a beautiful kicker, and seems to be finding the right blend between hunger for scores and awareness of where to be to get them.

When these two teams met in the 2014 final, Dublin led by 10 points with 15 minutes remaining, however goals from substitutes Rhona Ní Bhuachalla and Eimear Scally spearheaded a famous comeback win.

In last year’s decider Sarah McCaffrey came on with 11 minutes remaining to score two goals for Dublin to finish off Mayo.

With the two teams’ form suggesting there’ll be nothing between them on Sunday, a substitute may once more have a crucial role to play. And it’s set up nicely for Cork’s young assassin to spring from the bench and enhance her growing reputation further.

1 Seán O’Brien: Anger over my parents’ break-up never left me
2 Madness or defiance? The GAA is taking a huge gamble in staging Championships
3 All in the Game: Klopp’s Amsterdam subs don’t go down well
4 Will Connors chops his way to the front of Ireland’s openside queue
5 Plenty of positives for Farrell as Ireland hit the ground running
Real news has value SUBSCRIBE