David Clifford: empty Croke Park will be difficult for Dublin, and Kerry too 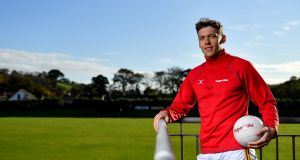 David Clifford: “To be there [in Croke Park] without any fans is going to be difficult for any team, Dublin or Kerry or the Cork hurlers.” Photograph: Seb Daly/Sportsfile

Even the long-running tumbleweed of this extraordinary year and its low-key return to play couldn’t obscure David Clifford’s continuing trajectory.

A thunderclap of a goal in the county final helped East Kerry to another title and reminded the country that the latest attacking prodigy from Kerry hadn’t atrophied during the pandemic lockdown.

Appointed captain – which he airily passes off as being “admin on the players’ WhatsApp group” – at the start of the year when just 20, he emerges from the intercounty hiatus carrying much of the expectation for Kerry’s high hopes of finally dethroning Dublin.

“If leadership is something that you show, then you just keep showing it. I probably don’t tend to speak too much in the dressing-room. There are plenty of leaders in the Kerry dressing-room. They have been around for a lot longer than me so I leave them to it. It’s a massive honour, it’s something I’m proud of but it hasn’t changed my responsibility too much.”

Speaking at the Super Valu promotion on Friday, Clifford was asked about penalty shoot-outs in the twin context of Ireland’s exit from Euro2020 and the need for all of this year’s championship fixtures to end on the day. Would he fancy taking one?

He is currently studying – remotely – for a Masters in PE at the University of Limerick and grappling with the strange world of intercounty training in the age of Covid-19.

“You can’t car-pool to training, which is something I probably miss the most. I usually travel with Paul [Murphy], Micheál Burns, and Dara Moynihan. You usually have a nice bit of craic.

“When you get to training you have no dressing rooms, no showers afterwards or temperature checks. You have to fill out your questionnaire during the day. It is different, but everyone understands the responsibility we have to stay safe and what can happen if we don’t.”

Clifford was asked about the possibility of Dublin proving vulnerable in the emergency format of the coming season and the return to pure knockout. He disagrees but is then asked specifically whether the absence of the Croke Park crowd might impact on the champions.

“I’d say you genuinely get used to having no fans whether you’re Dublin or Kerry. I first played there for the Sem [St Brendan’s, Killarney] in 2016, going up there as a 16-17-year-old and Croke Park wasn’t full that day.

“There were just a couple of hundred there but to hear the roar from them and to be able to realise that you were playing in Croke Park was something special and that doesn’t change whenever you play there. To be there without any fans is going to be difficult for any team, Dublin or Kerry or the Cork hurlers.”