Meath and Galway best placed to push for promotion 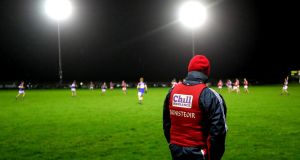 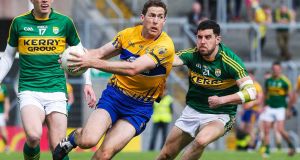 In Gary Brennan Clare have one of the most respected midfielders in the country. Photograph: Lorraine O’Sullivan/Inpho 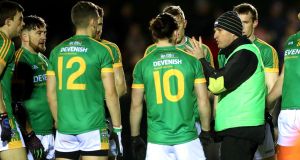 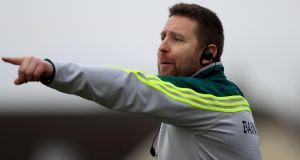 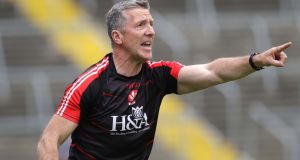 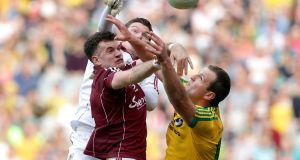 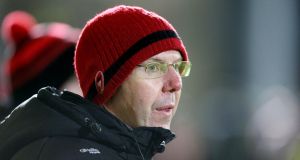 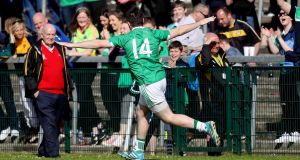 Status: Steadily dropping. Last year’s unlucky relegation was followed by a first defeat by Tipperary since the 1940s and a fourth year of watching Kerry get farther ahead.

Momentum: Non-existent at present. The conundrum is that underage success has impacted so little at senior level. On their day they were capable in 2015 of nearly beating Kerry - the then All-Ireland champions - but since then it’s been downhill.

Strength: Peadar Healy got some good news with Aidan Walsh’s decision to return to football but there is a daunting injury list including Brian Hurley, Eoin Cadogan and Alan O’Connor.

Prospects: Although favourites, Cork know that these campaigns can go wrong and leave a team struggling. At full strength and given their league form up until last year they should finish in the top two.

Status: Gone up in the world quite dramatically. Last year’s promotion was topped by winning the divisional title and reaching the All-Ireland quarter-finals for the first time.

Momentum: Considerable. In the league they were in Division Four three seasons ago. Colm Collins has made them very competitive.

Strength: In Gary Brennan they have one of the most respected midfielders in the country although he may be distracted by Ballyea’s All-Ireland club hurling progress. They’re a good team but have lost the manager’s son Podge back to the hurlers. Schedule of four home matches gives them a chance.

Prospects: They may struggle with the consistently higher standard of football even though their ability to improve has been obvious. Staying put would be an achievement.

Status: Disappointing couple of years in that the gap with Dublin didn’t narrow at all, leaving a big county amongst the Leinster also rans.

Momentum: New management has added injected some optimism into the county, although losing the O’Byrne Cup semi-final against Louth slowed things down even if it indicated other priorities.

Strength: Andy McEntee trialled a stack of players in January but is still hampered by key injuries. There are some fine players, Donal Keoghan and Cillian O’Sullivan, and pace in the forwards but without a consistent level of delivery, real progress will be difficult.

Prospects: This is a very open division and if McEntee can start well, in Navan against Kildare, they can put themselves in the shake-up for promotion.

Status: Like opening-weekend opponents Meath, Kildare have slipped down the provincial rankings. The last couple of years have seen championship misery redeemed somewhat in the qualifiers but no real breakthrough.

Momentum: It was all going fine up until promotion was secured last year. The shock of losing the Division Three final to Clare was compounded by a championship fade-out. More recently Cian O’Neill had to process the loss of initiative against the Development Dubs in Newbridge.

Strength: The experienced Eoghan O’Flaherty withdrew at the end of last year but Seán Hurley returned from Australia. With a full pick, O’Neill hasn’t a bad range of options.

Prospects: Kildare are such a streaky team that a bad run of results could drop them into relegation contention as happened two years ago.

Status: One of the favourites for promotion despite the calamity of losing to Tipperary just a fortnight after reclaiming the Connacht title.

Momentum: Of the three leading Connacht counties, Galway at least kept their trauma on the field. Underage success has created anticipation in the county but with it frequent disappointment.

Strength: Kevin Walsh will have an improved panel at his disposal with the return of Micheál Lundy - although Corofin players will be unavailable for a while - Fiontán ó Curraoin and Johnny Duane from the US and some bright candidates from the Connacht League such as forward Barry McHugh.

Prospects: The stats speak for themselves - serious teams play in Division One. Galway sometimes appear indifferent to that imperative but it’s time to step up and join the neighbours.

Status: It feels like they’ve been treading water for a few years, such as reaching the league final in 2014 not leading to any significant progress. It’s six years since the last Ulster final and there hasn’t been any impact in the qualifiers.

Momentum: Low. Another defeat by Tyrone in the McKenna Cup final follows on from a year of being one of Tipperary’s trophy scalps in the qualifiers and pipping Armagh for league survival on scoring difference.

Strength: A number of players are unavailable for various reasons - Gareth McKinless, Emmet Bradley, Slaughtneil’s players as well as the injured Ciarán McFaul and Daniel Heavron. The established presences like Mark Lynch, Enda Lynn and James Kielt persevere but it’s hard to see the spark.

Prospects: Realistically, they’ll be happy to be back again next year.

Status: Much tarnished in the six seasons since nearly winning an All-Ireland. Last year produced the worst record in the four divisions of the league, a thrashing by Monaghan and finally, dismissal by Division Three outfit Longford.

Momentum: Hurtling in the wrong direction, although the McKenna Cup campaign started well with first competitive wins in a year, including against an experimental Derry side but defeat by Armagh halted progress.

Strength: Despite good displays for Queens, former All Star Martin Clarke still isn’t back in the fold but on a brighter note Caolan Mooney has returned. Trying to steady the slide will be Eamon Burns’s first priority and the first match against Fermanagh could be crucial.

Prospects: Ample precedent for counties slipping to successive relegations. Down need to watch out.

Status: Under Peter McGrath’s management they have made an impact by rising to the top half of the league and proving competitive and resilient in championship.

Momentum: Having confounded predictions by surviving in the division last year, Fermanagh came close to causing a sensation by eliminating eventual finalists Mayo in a Castlebar qualifier.

Strength: Some very good players from Eoin Donnelly at centrefield to Tomás Corrigan in attack with the inimitable Seán Quigley. Aidan Breen had a lively McKenna Cup campaign, which ended in a narrow defeat by eventual winners Tyrone.

Prospects: Favourites again for the drop, Fermanagh actually could spring a surprise in the other direction. They would happily settle for another season in the division.