Can Dublin win a fifth league title in succession? Seán Moran runs the rule over the top flight 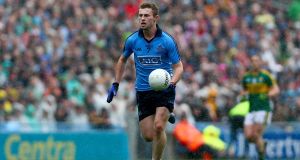 Jack McCaffrey will be back in the mix for Dublin after a year out. Photograph: Donall Farmer/Inpho 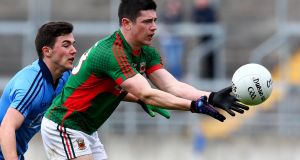 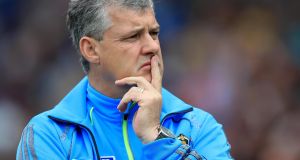 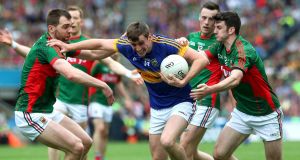 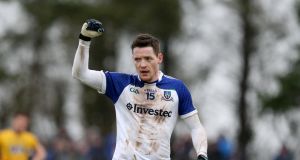 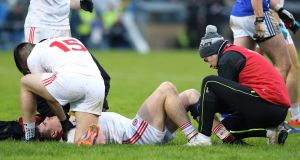 The loss of Connor McAliskey will be a blow for Tyrone. Photograph: Andrew Paton/Inpho 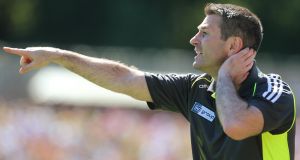 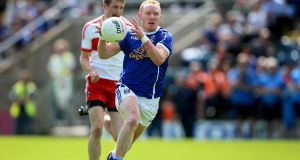 Status: Holders and All-Ireland champions, Jim Gavin’s team have won 11 of the 12 main prizes available to them since the manager took over in 2013.

Momentum: Strong, ironically as the All-Ireland panel hasn’t kicked a ball - having been mellowing in the Caribbean while eager understudies made off with the O’Byrne Cup.

Strength: Dauntingly deep panel, likely to be supplemented by the above players. Irreplaceables, principally captain Stephen Cluxton, remain just that, That said, coping with Bernard Brogan’s and Paul Flynn’s subdued form and the absences of Jack McCaffrey (now back) and Rory O’Carroll last year narrowed the definition.

Prospects: Despite a likely embellished panel, they may soft-pedal the league a bit more this year and it will be harder to win, demanding a top two finish, but precedent would suggest they’ll be there at the end.

Status: Perennial contenders, who in last few years haven’t always pushed for the league despite comfortably holding their own in the top division where they are the only permanent tenants this century.

Momentum: Ambiguous. Redemption for a poor Connacht campaign and their greatest kudos in an All-Ireland defeat, but that’s a faltering currency. Reignited off-field controversy more likely to galvanise them.

Strength: Question marks over some players who have been on a long and unforgiving road but with everyone available, defence is excellent with Players’ Footballer of the Year Lee Keegan and hopes that rising U-21s attackers Conor Loftus and Liam Irwin can address the traditional problem area.

Prospects: Success would the best way of developing momentum but it would be a big achievement to finish in the top two and make the final.

Status: Getting ready for a very difficult second album. Their brio and energy lit up last year’s league but the championship turned into a humiliation.

Strength: The upheavals can create a more harmonious environment for Kevin McStay and with injuries abating for the likes of Ultan Harney there is talent to come through, but establishing a stable spine for the team remains a challenge. The team will also have its home back with the re-opening of Hyde Park.

Prospects: Staying up would be a triumph and even though league campaigns create their own dynamic, the draw with its four away fixtures adds to the challenge.

Status: Top three, as they have been every season for the past 20 years, even when rebuilding. Finding Dublin historically difficult to break, but that’s an incentive rather than an inhibition

Momentum: Stalled in that Eamonn Fitzmaurice realises that after the past two years of tilting unsuccessfully with the champions he needs to introduce some of the emerging talent from the outstanding recent generation of minors.

Strength: Further retirements from the great team of the 2000s make the task of regeneration inevitable but the material is there. Brendan O’Sullivan’s pace and mobility around the middle looked very promising until injury intervened last year. Tadhg Morley’s swift transition into a senior defender and Jason Foley’s potential in the full-back line are only some of the positives.

Status: An established Division One side but after recent Ulster titles, there were signs last summer that they’re struggling to maintain those levels.

Momentum: In need of a kick-start. Defeat by Longford was a downbeat end to a disappointing campaign. Trialled a good few players in the McKenna Cup and Malachy O’Rourke is upbeat about coping with retirements and injuries.

Strength: It’s beyond cliché to point at the over-reliance on Conor McManus but his return from injury was a major lift. There are signs that there can be a greater degree of job sharing up front with Conor McCarthy having got championship exposure and in form for UCD. Still shallow on panel depth.

Prospects: For Monaghan, experimentation and staying at the top have always been hard to combine but capable of maintaining top-six place.

Status: Return to Division One after a bounce-back promotion and a first Ulster title in six years on the mantelpiece. Quarter-final defeat by Mayo a disappointment.

Momentum: Cut out a bit last year despite early successes. For many people Tyrone were the most obvious threats to Dublin, who they’ve consistently troubled with their system and pace, but they misfired on the big day. Another McKenna Cup suggests they’re ready to go again.

Strength: There are some fine talents making their way from the U-21s of two years ago but the season’s loss of Connor McAliskey was a blow, especially when they need to get more out of the forwards.

Prospects: It would be in keeping with Mickey Harte’s preferences were they to finish in the top two but may fall short.

Status: Slipping after two years without an Ulster title but they have been comfortably competitive in Division One.

Momentum: Labouring. The break-up of the great All-Ireland winning side was always on the cards and a slew of retirements - Christy Toye, Rory Kavanagh, Colm McFadden - duly took place together with announcements of a year out for Odhrán Mac Niallais, Leo McLoone and Anthony Thompson.

Strength: They do have promising emerging players, who should get game time during the league. They fielded U-21s in the McKenna Cup and have a cadre of seasoned players to come back into the team.

Prospects: Despite not appearing to prioritise the league, Rory Gallagher has taken the team to the now defunct semi-finals in each of his years. Mid-table seclusion looks likely this time.

Status: Back in the top division after a 13-year break but championship fizzled out after initial promise.

Momentum: Stuttering. The recent grip on the Ulster U-21 championship hasn’t brought much in the way of senior breakthrough but last year’s promotion was a step in the right direction. They changed manager with Mattie McGleenan coming in and the McKenna Cup featured a good win over Tyrone.

Strength: A number of established players - David Givney, Eugene Keating and Fergal Flanagan - ruled themselves out for this year but a change of mind by Cian Mackey is a lift for the team given Gearóid McKiernan’s injury-enforced absence. Overall though, not a strong as the team that got promoted.

Prospects: Even at full strength this would be a challenge for the newcomers. Survival looks a long shot.