Carbon fibre insoles spreading the extra inch beyond the marathon 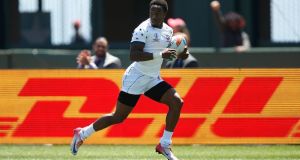 Kenyan Eliud Kipchoge became the first person to run an unofficial marathon in under two hours last month. He did so wearing a running shoe containing a carbon fibre plate.

Carbon fibre is widely used in the manufacturing of spacecraft and formula one cars, it’s even used in tennis rackets and golf clubs. A material that is both very strong and ultra lightweight.

Kipchoge wore Nike’s Vaporfly shoes which have a curved, carbon fibre plate embedded in a thick layer of lightweight foam. Independent studies have concluded that the shoes improve metabolic efficiency by four percent.

Though that does not necessarily mean a runner will be four percent faster, whatever the specifics, it makes logical sense to conclude that modern shoe technology is of some assistance.

That science has now stretched across many more sports, with American company VKTRY engineering a full-length carbon fibre insole. One that benefits rugby and soccer players and has even caught the attention of numerous intercounty GAA athletes.

Versions vary to accommodate 15 different sports, with insoles that comfortably fit into football and rugby boots among them. The insole is also customised for the athlete’s foot length and body weight.

The insoles reduce the work that your feet and calves have to do, by returning most of the energy you applied when your foot landed on the floor

Founder Matt Arciuolo initially developed the concept of using carbon fibre while working with the USA Olympic bobsled and skeleton teams to help generate explosive starts. The carbon fibre insole uses an athlete’s energy that would ordinarily be wasted and then directs it toward the ground maximising energy return.

Following a 12 month research study they found their carbon fibre design provided an average increase in explosiveness of 9.3 per cent. Measured via an improved vertical and broad jump and a 40 metre dash.

Through this, the product claims to make you jump higher and sprint faster, but equally as important for many athletes is that it helps reduce foot and lower leg injuries with its added support, stability and especially its shock absorption.

The insoles reduce the work that your feet and calves have to do, by returning most of the energy you applied when your foot landed on the floor.

I can’t say I measured any possible increase in my run or jump, but after first settling into the insoles and then wearing them regularly, my plantar fasciitis symptoms reduced significantly.

Plantar fasciitis is an inflammation of the shock-absorbing fibrous tissue along the bottom of your foot that connects your heel bone to your toes. One of the regular causes of plantar fasciitis is excessive running and it can cause intense heel pain. It’s one of the most frustratingly hard injuries to shake, but from wearing the insoles in both my football boots and trainers the aching sensation gradually eased off, just as they claimed it would on the box.

As well as providing a welcome relief for my feet, they have likewise helped 263 NCAA American football players who were tested over a full season and recorded 41 per cent less foot injuries.

All searching for that extra spring in their step that carbon fibre appears to be providing.