The fiscal arguments for this state of affairs are flimsy, but change is still unlikely 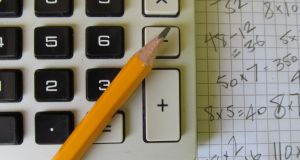 A progressive tax system has to be finely balanced if it is to be sustainable. And one of the weights on the scale is access to very high quality education at a significant discount for the middle classes.

Many years ago I attended a function at my old (fee-paying) school. The guest speaker was a politician who had been to the same south Dublin school. He made an interesting observation. When he had attended the school in the early 1960s the fees were a particular multiple of the industrial wage. I can’t remember what it was but for argument’s sake let’s say it was a fifth. Thirty years later, he pointed out, the fees were a much larger fraction of the industrial wage . The net point being that the school was becoming more elitist as its past pupils became richer.

It is a useful point of departure for any discussion of whether the State should continue to subsidise these schools to the tune of €90 million a year. It gets to the heart of the argument, which is equality of opportunity.

Private-school fees are current about €7,000 or €8,000 a year for a day pupil in Dublin. More than half of Irish households have a disposable income of €35,000 a year or less. Sending children to fee-paying schools is clearly not an option for them.

The subsidising of these schools is not fair and there really is no point in trying to justify it on that basis. Any argument to that effect is grounded in a devil-take-the-hindmost sort of world view that is more transatlantic in nature than European.

As a result, the continued subsidies are explained on pragmatic grounds and the case for them centres on the cost of undoing them. The argument is that it would cost the State more to abolish the subsidy – which covers the cost of teachers’ salaries – than to maintain the status quo. This conclusion is predicated on the assumption than many of the schools would not be able to pass the cost on to the pupils’ parents. It is not a unreasonable assumption.

About 10 per cent of Irish households have a disposable income of more than €80,000 a year, which is about the level at which sending several children to fee-paying schools is sustainable.

The vast bulk of these households fall into the €80,000 to €95,000 bracket. This means that while many can currently afford – with varying degrees of comfort – to send their children to fee-paying schools that are subsided by the State, they would have difficulty bearing the full economic cost of the fees. In short, the system as we know it would collapse and many of the existing schools would have to transfer to the State system, or at least their pupils would.

It is a moot point as to whether this would result in a more diverse student intake, given the location of many of these schools in the more affluent parts of Dublin. There are also numerous examples of State schools employing enrolment policies to favour particular religious backgrounds and languages.

It is equally unclear as to whether it would make any difference to the socio-economic background of students entering university. It is difficult to believe that children from more affluent backgrounds would not continue to be disproportionately represented. They may end up in State schools with children from less well-off families but will still have access to grinds and all the other supports that money can buy.

It seems like a fairly small price to pay to remove what is one of the most potent symbols of inequality in Irish society and arguably one of its drivers. The vastly enhanced prospects of the students of fee-paying schools is a straightforward example of how the rich get richer.

The fiscal arguments for maintaining this state of affairs are flimsy. So why are politicians so wary of upsetting this particular apple cart? It is not a straightforward case of the elite protecting its own interests. Most members of the Dáil did not go to fee-paying schools, although their alumni are well represented in the current Fine Gael frontbench.

One suspects that there is a far more subtle calculus at play in making the abolition of State support for fee-paying schools a no-go area. It is tempting to see it as a clause in the Irish social contract.

Ireland has one of the most progressive tax systems in the OECD, with the top 10 per cent of earners paying about 60 per cent of all taxes. In the region of 950,000 “tax units” – single people and couples – do not pay any income tax.

A progressive tax system is a good thing but it has to be finely balanced if it is to be politically sustainable. And one of the weights on the scale is access to very high quality education at a significant discount for the middle classes. As is often pointed out, Irish fee-paying schools offer an education that would cost two or three times as much elsewhere.

One way of looking at the subsidising of fee-paying schools is that it’s a little reward (or, if you prefer, tax incentive) to the middle classes for accepting a very progressive tax system. Universal child benefit is another one. There is no argument for paying it to wealthy families but it is also a no-go area sustained by arguments to the effect that it is more expensive to abolish than continue with it.

Democratic politics is a juggling act. Take away subsidies for fee-paying schools and you upset the balance in unpredictable ways. It’s not really a justification, more of an explanation.