Kennedy assassination controversy to reignite with release of classified papers

White House may hold back some documents for national-security reasons 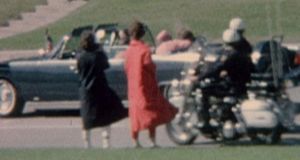 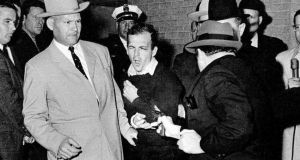 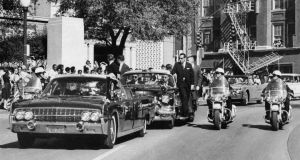 JFK assassination: President Kennedy, seen through the windscreen of his limousine, after being shot in Dallas on November 22nd, 1963. Photograph: James W Altgens/AP 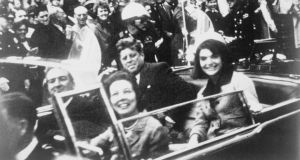 The controversy over the death of President John F Kennedy is set to reopen on Thursday, October 26th, with the release of thousands of classified documents related to his assassination, in 1963.

In a tweet on Saturday the current US president, Donald Trump, indicated he would sanction the publication of the final tranche of documents held at the national archive related to the Kennedy assassination.

Under a 1992 law all documents had to be released by October 26th this year; although Mr Trump has the authority to decide whether the material should remain secret, he indicated he would allow its release.

Mr Trump, who coincidentally visited Dallas, the city where Kennedy was shot, on Wednesday as part of a Republican fundraising drive, said that “subject to the receipt of further information” he would allow the classified JFK files to be opened.

Subject to the receipt of further information, I will be allowing, as President, the long blocked and classified JFK FILES to be opened.

His comment suggests that the White House may hold back some of the documents for national-security reasons, although thousands of previously unseen documented are expected to be released.

Kennedy was shot twice as he drove through Dallas in an open-topped limousine on the afternoon of November 22nd, 1963. Lee Harvey Oswald, a former marine, was arrested shortly afterwards, but was himself shot dead two days later, by a local nightclub owner, Jack Ruby, in the basement of a Dallas police station.

The circumstances surrounding the assassination prompted Lyndon Johnson, who succeeded Kennedy as US president, to establish an investigation. When it reported, in September 1964, a commission chaired by the chief justice, Earl Warren, found “no evidence that either Lee Harvey Oswald or Jack Ruby was part of any conspiracy, domestic or foreign”.

It concluded that the shots that killed Kennedy and injured the governor of Texas, John Connally, who was seated in front of Kennedy, were fired from a sixth-floor window of the southeast corner of Texas School Book Depository.

Further investigations followed, including a 1969 investigation by a panel of four doctors who confirmed the medical conclusions of the Warren commission.

A 1979 probe by a US House of Representatives select committee on assassinations claimed there was a “high probability” that more than one gunman had fired at Kennedy.

This article was edited on November 7th, 2017