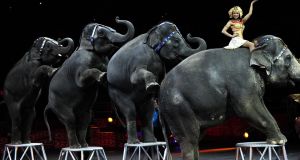 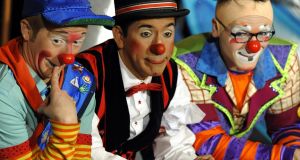 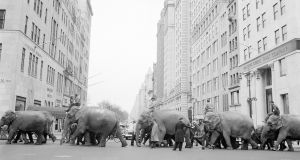 One of the oldest American circuses, the Ringling Bros and Barnum & Bailey, is to take down its big-top tent for the final time, 146 years after it was founded in rural Wisconsin by five brothers: Alfred, Albert, Charles, John and Otto.

The company blamed declining ticket sales, which fell further after the circus removed elephants from its act last year.

“This, coupled with high operating costs, made the circus an unsustainable business for the company,” said chief executive Kenneth Feld. “The circus and its people have continually been a source of inspiration and joy to my family and me.”

An estimated 10 million people visit the Ringling Bros shows each year. However, the closure of the circus is further proof that entertainment tastes have moved away from traditional circuses, often featuring animals, towards more theatrical circus entertainment with a focus on acrobatics, such as the global phenomenon Cirque du Soleil.

Ringling Bros have been targeted for years by animal-rights groups protesting at the use of animals. In 1907, the circus had boasted 35 horses, 26 elephants, 16 camels and other assorted animals that travelled across the US on 92 train carriages.

The number of animals in the circus gradually dwindled, and in 2016 the company finally bowed to legal pressure from activists and retired all the elephants from its shows, sending them to a conservation centre in Florida.

Ringling Bros still has two touring circuses, which still travel by train, and they will perform 30 more shows before finally shutting for good in May. Feld said the old-fashioned ways of the circus, such as the rail travel and providing a travelling school for the performers’ children, was impossible to sustain.

“It’s a different model that we can’t see how it works in today’s world to justify and maintain an affordable ticket price,” he said.

The news that the circus is to shut was greeted with joy by the animal-rights campaign group People for the Ethical Treatment of Animals (Peta). Peta said the closure “heralds the end of what has been the saddest show on earth for wild animals, and asks all other animal circuses to follow suit, as this is a sign of changing times”.

“The closure of Ringling Bros circus ends 146 years of animal humiliation for human amusement,” he said.

Coney Barrett meets Pence and senators ahead of confirmation hearing 20:20
Boris Johnson under pressure to give MPs a vote on Covid-19 restraints 19:59
Polish government hits back at letter of support for LGBTI community 19:23
Armenia, Azerbaijan accuse one another of firing on each other’s territory 19:06
France backs mediation and dialogue with Russia to end crisis in Belarus 18:45

1 Covid-19: One death and 363 further cases confirmed in State
2 ‘Insane’ gathering of hundreds of students in Galway condemned
3 Ireland will not be Brexit ‘collateral damage’, says Coveney in Washington
4 Man unidentified in psychiatric hospital for 30 years may have DNA taken
5 Speed and distance of Covid-19 droplets tracked by Mater researchers
Real news has value SUBSCRIBE