UK Brexit minister David Davis says there will be no regulation-light “Mad Max” economy that will aim to undercut rivals after Brexit. Video: Reuters 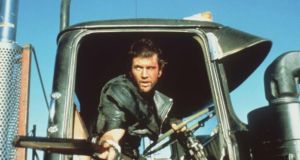 Britain will on Tuesday seek to reassure the EU that it will not lower regulatory standards after Brexit, promising to lead “a race to the top” in global standards. Brexit secretary David Davis will tell a business audience in Vienna that Britain and the EU should seek mutual recognition of regulations rather than full convergence.

“The agreement we strike will not be about how to build convergence but what to do when one of us wants to make changes to rules. Neither side should put up unnecessary barriers during this process,” he will say.

“Take a car produced here in Austria to be exported to the UK. Currently that vehicle only has to undergo one series of approvals, in one country, to show that it meets the required regulatory standards. And those approvals are accepted across the European Union. That’s exactly the sort of arrangement we want to see maintained even after we leave the European Union.”

The current regulatory regime Mr Davis describes is part of the single market, which Theresa May has promised that Britain will leave when it exits the EU. In his speech in Vienna the Brexit secretary will acknowledge that any future system of mutual recognition of regulations will require mutual trust in the institutions that enforce them.

“Such mutual recognition will naturally require close even-handed co-operation between these authorities and a common set of principles to guide them,” he will say.

“And the certainty that Britain’s plan, its blueprint for life outside of Europe, is a race to the top in global standards, not a regression from the high standards we have now, can provide the basis of the trust that means that Britain’s regulators and institutions can continue to be recognised. This will be a crucial part of ensuring our future economic partnership is as open, and trade remains as frictionless as possible.”

Mr Davis will identify two principles that should underpin the future economic relationship – Britain’s commitment to maintaining the highest standards and the principle of fair competition which is fundamental to the single market. But he will admit that Europeans are suspicious about Britain’s intentions after Brexit, with some Conservative backbenchers calling for a bonfire of EU regulations.

“They fear that Brexit could lead to an Anglo-Saxon race to the bottom. With Britain plunged into a Mad Max-style world borrowed from dystopian fiction. These fears about a race to the bottom are based on nothing, not history, not intention, nor interest,” he will say.

“But while I profoundly disagree with them – it does remind us all that we must provide reassurance. And that’s why it’s a message delivered by every member of Britain’s government as we meet our European counterparts. Whether it’s Theresa May committing to maintaining and enhancing workers rights. The chancellor’s powerful advocacy for the stability of the European banking system. Michael Gove’s crusading zeal for improving animal welfare and environmental outcomes.

“Or my friend the foreign secretary, who explained in an important speech last week how Brexit could be used to distinguish between membership of EU institutions and our shared European culture, values, civilisation.”

Liberal Democrat leader Vince Cable said Mr Davis might as well be making the case for remaining in the EU rather than leaving it.

“He appears to be acknowledging the great achievements of the single market – a British idea introduced by a British government – yet the Conservatives want to leave that and the customs union.

“They want all the advantages of staying in the single market and customs union while leaving it, which is clearly an absurd negotiating position,” said Sir Vince.