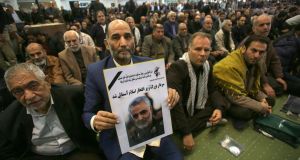 The US assassination of Iran’s Quds force commander Qassem Suleimani is certain to have a major impact and wide-ranging repercussions in the region.

He was an experienced and sophisticated strategist who understood the military and political implications of the use of firepower. In addition to planning battles, he oversaw their conduct.

While the US and its allies bombed from above, Suleimani was on the ground and led from the front, notably in the campaign in Iraq against the Islamic State terror group. He directed the training of both the Iraqi army and the Popular Mobilisation Forces dominated by pro-Iranian Shia militias, which have become key players in Iraqi politics.

Suleimani assumed a major role in Syria by deploying Iran-allied militiamen in the fight against rebels and jihadis threatening to topple the government.

Although regarded as the prime mover in Iran’s efforts to counter US influence in the region, in the past he made tactical alliances with the US to end Shia anti-occupation violence in Iraq and to fight the Taliban in Afghanistan.

Last year’s attacks on oil tankers in the Gulf and strikes on Saudi oil installations showed he did not seek to provoke all-out conflict and could operate with a scalpel rather than a sledgehammer.

Iran was blamed for these incidents, which were seen in the West as retaliation for crippling US sanctions on Iran. Iran never laid claim to them and hard evidence of direct Iranian involvement was weak.

Brig Gen Esmail Ghaani has been appointed Quds force chief but in the absence of cautious Suleimani, Iran’s response to his assassination might not be finely tuned and could escalate into regional war.

A man from a poor village background who fought in the 1980-1988 Iran-Iraq war, he rose through the ranks of the Revolutionary Guard and enjoyed the admiration of two-thirds of Iranians. Consequently, Tehran will be obliged not only to celebrate his life with Saturday’s state funeral but also to avenge him.

Iraqi caretaker prime minister Adel Abdel Mahdi condemned the US action as a breach of Iraqi sovereignty, an aggression and a violation of the agreement on basing US forces in Iraq. The Iraqi parliament, which is dominated by pro-Iranian factions, is certain to step up pressure for the complete withdrawal of US forces from that country.

Pro-Iranian Shia militiamen could fire rockets into Iraqi bases hosting US troops in retaliation for the death alongside Suleimani of militia leader Abu Mahdi al-Muhandis.

Some anti-government protesters celebrated Suleimani’s demise due to Tehran’s unwelcome influence in Baghdad and to the killing of 521 demonstrators by pro-Iranian militia snipers. Others argue the massive US embassy in the capital and the presence of US troops could turn Iraq into a battlefield between Iran and the US.

US citizens have been told to leave Iraq. The Pentagon has dispatched 750 troops to Kuwait and plans to send another 3,000 to the region, where 15,000 are based, including more than 5,000 in Iraq and 1,000 in Syria. US troops, nationals, officials, businesses and local political allies in Saudi Arabia, the Emirates, Yemen, Syria, Jordan and Lebanon could be targeted by Iran and its regional partners.

Even if war is avoided, tit-for-tat strikes and assassinations could be the result of Suleimani’s killing. Oil and commercial shipping and air travel hubs in the Gulf are highly vulnerable to rocket and drone strikes. Islamic State, also known as Isis, could regard destabilising events as opportunities to re-engage.