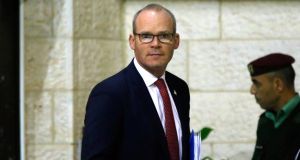 EU foreign ministers have endorsed a Dutch initiative to prepare legislation giving the union the ability to punish human rights abusers around the world.

The legislation, based on the US’s Magnitsky Act, will permit EU asset freezes and travel bans on those convicted of gross violations of human rights.

The Magnitsky Act is a piece of US legislation named after Sergei Magnitsky, a Russian tax accountant who in 2009 blew the whistle on organised crime and was then beaten to death in a Moscow prison cell.

Magnitsky Acts, already in place in the US, Canada, the UK, and the Baltic states, target individuals rather than foreign administrations, and can snap into action more quickly than country-based sanctions.

The preparation of legislation by the union’s diplomatic service, the EEAS, will come under the responsibility of the special representative on human rights Eamon Gilmore.

“There was outspoken support by 23 member states today, and none of the other five voiced objections,” an EU diplomat told journalists.

Ministers also agreed, following an appeal from Tánaiste and Minister for Foreign Affairs Simon Coveney, to organise a full debate next month on the stalled Middle East peace process.

Mr Coveney reported to fellow ministers on his recent visit to Israel and the Palestinian territories. He urged them to make clear that the EU would respond to the threatened annexation of parts of the West Bank.

“We are effectively seeing now the creeping annexation, or the threat of that, of the West Bank by Israel settlements and because of the stated intention of the Israeli prime minister to annex part of the West Bank – ie, the Jordan valley – and existing settlements.

“We regard that as illegal,” Mr Coveney told journalists, “and so I made the case very clearly to colleagues that I think the EU needs to give a very firm signal as to how they would respond should that happen.

“Because this is in our neighbourhood – Israel is a very important partner of the EU from a security perspective, from a trade perspective, but we cannot signal that the EU condones or would accept the annexation of parts of the West Bank.

“It would be fundamentally contrary to EU policy on the Middle East peace process, and fundamentally undermine the possibility of a negotiating a fair outcome and a two-state solution for both Palestinians and Israelis in the future.”

The Tánaiste also urged the EU to insist that Israel facilitate the participation of Palestinians in East Jerusalem in Palestinian elections, which they hope to hold next year for the first time in 13 years.

And he warned EU states not to cut funding to the UN’s Palestinian refugee organisation Unwra, which has seen its budget slashed by the US.

A letter from Luxembourg’s foreign minister Jean Asselborn calling for EU recognition of the state of Palestine will also be considered in January.

The Foreign Affairs Council was chaired for the first time by the EU’s new Spanish high representative for foreign policy Josep Borrell.

1 Irish Times poll: Large majority want change of government
2 Taoiseach claims Sinn Féin not ‘a normal political party’
3 Lobby to press politicians over referendum on right to home
4 Yacht captain guilty of drunk sailing had ‘God given right’ to be on Liffey
5 Miriam Lord: Greens take to the beach as signs emerge of a rising tide
Real news has value SUBSCRIBE