Did the commission spokesman misspeak about a hard border? That would be very odd 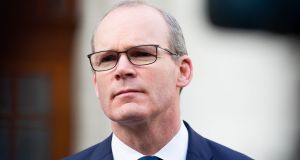 The European Commission tends not to do things by accident. It’s not that sort of organisation.

So when commission spokesman Margaritis Schinas told the daily press briefing in Brussels yesterday that in the event of a no-deal Brexit, “you will have a hard border” in Ireland, alarm bells sounded in Dublin.

Government Buildings issued a statement contradicting the commission’s line – itself a highly unusual move – and reiterating Dublin’s view that it will not accept a hard border on this island and “therefore we are not planning for one”.

Simon Coveney and Paschal Donohoe – the two most important members of the Government after the Taoiseach – were scrambled to address the media, and Coveney again insisted that Ireland would “not accept” a hard border.

The Taoiseach and Coveney repeated the line throughout the day.

“This is not something the Government can accept,” the Taoiseach said in the Dáil.

But a lot of people were rattled, all the same.

So what happened? Was the commission sending a message to the Government that it might have to move on the backstop – perhaps accepting a time limit, as (coincidentally, perhaps) suggested by the Polish foreign minister on Monday.

Sources in Brussels and Dublin insist this wasn’t a carefully calibrated message from the commission. Nobody was trying to bounce Ireland into anything. And, in fairness, it would be strikingly at odds with its public statements if it was.

Their account is that the spokesman misspoke. This may be true, but it would be very odd given commission spokespeople have been asked the question repeatedly and they didn’t answer it this way previously.

Neither side denies that the spokesman was saying in public what lots of people – many of them in Brussels and some of them at high levels in the commission – have been saying in private for some time: if there is a no-deal outcome, the border becomes the EU’s external frontier and some sort of controls will be necessary.

Perhaps these would not be on the actual Border; perhaps they do not require what Coveney in a very frequently repeated and apparently deliberate phrase, described as “physical infrastructure”. But the assumption of most is that some sort of controls would be necessary. That is what external frontiers mean. That is what EU rules – and World Trade Organisation rules, for that matter – require.

The Government insists it will make no preparations or do any planning in advance of March for such an outcome. As no-deal looms on the horizon, that position will become more difficult to maintain.

The commission’s intervention also suggests that whatever the Government says, there will be pressure on the backstop over the coming weeks.

This pressure won’t come from the commission or member states saying “Come on, it’s time to relent a bit”. It may come from them saying “If you choose to stick with the backstop in its current state, and don’t consider a time limit or some similar device, the consequences may include the necessity for border controls”.

This is Ireland’s decision, and EU leaders have made clear repeatedly they will stick by Ireland. But there are consequences for what Ireland chooses.

Viewed in that light, the intervention by the commission makes more sense. It also presents the Irish Government with some very unpalatable choices.