Housing is issue of ‘our time right now’ and Irish crisis is solvable, says UN rapporteur 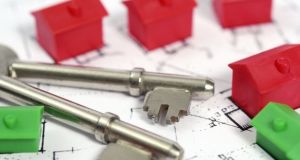 The UN’s special rapporteur for adequate housing warned if Ireland stays on its current path it will not be able to fulfil its international human rights obligations. Photograph: iStock

The United Nations has backed calls to make housing a constitutional right in Ireland.

Ms Farha was speaking at the launch of a report, Making the Case for a Right to Housing, by the Simon Communities in Dublin on Monday.

Ms Farha said what is unfolding in terms of Ireland’s housing crisis is tragic and serious but solvable because of its small population. Housing was the issue of “our times right now”, with homelessness considered a gross violation of human rights but on the rise “virtually everywhere”.

“Evictions continue unabated worldwide, particularly because so many people lack security of tenure. Unregulated private actors are filling the void left by governments that are continuously receding from the housing sector, thereby leaving unchallenged the prevailing paradigm that housing is a commodity rather than a social good. Ireland is in the throes of all of these phenomena,” she said.

Ms Farha said recognition of the legal right to housing ensures basic and consistent standards “regardless of political whims and recognises as rights holders those who are homeless or inadequately housed rather than just as recipients of charity”.

She said if Ireland stays on its current path it will not be able to fulfil its international human rights obligations. Ireland has committed to ensuring access for all to adequate, safe and affordable housing by 2030 under the Sustainable Development Goals alongside a number of governments from around the world.

Emily Logan, chief commissioner of the Irish Human Rights and Equality Commission said there are all too many examples of those at the sharpest end of the housing crisis who are experiencing “acute denial of their human rights”.

“Ireland’s current crisis is complex in origin and it will require of course complex policy choices if it’s to be sustainably resolved,” she said.

Niamh Randall, national spokesperson for the Simon Communities, said it is clear the current approach to housing is not working.

“A right to housing would provide a ‘floor’ in respect of access to adequate housing for all, obliging the state to reasonably protect and fulfil that right,” she said.

“For example, where the gap between housing assistance payments and market rents are so great that far too many people cannot afford to rent a home, the right to housing would allow this is to be constitutionally challenged.”