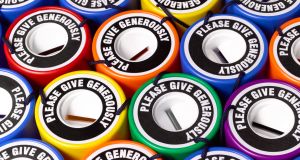 The number of concerns raised by members of the public about charities in the State increased by 66 per cent last year, the Charities Regulator has said.

The number of concerns raised by members of the public about charities in the State increased by 66 per cent last year, the Charities Regulator has said.

The regulator was notified of a total of 531 concerns in respect of 351 organisations with three-quarters of these relating to issues around financial control and transparency, the legitimacy of an organisation and governance issues.

In its annual report for 2017, the regulator said matters relating to some 461 concerns raised by the public were closed last year, up from 129 in 2016.

The number of registered charities rose to 9,061 at the end of last year, compared to 8,003 in 2016. The increase came in spite of 699 organisations being removed from the Charities Register last year. A further 522 have been de-registered since the start of this year.

The regulator said most of these organisations are no longer operating as charities but had not informed the Revenue Commissioners.

John Farrelly, chief executive of the regulator, said the organisation last year sought the views of the public in relation to the governance of charities.

“The message that came back loud and clear is that there is a shared desire to support sustainable, vibrant charities,” he said. “There is also little tolerance for charities which are not transparent, open and compliant with the law.”

The Charities Regulator was established in October 2014 and its major function is to maintain a public register of charitable organisations operating in Ireland and ensure their compliance with the Charities Acts.