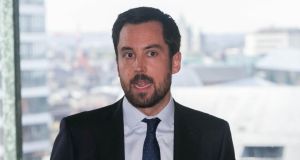 Some 150,000 new homes across Dublin and Cork are projected to be built over the next 20 years under the Land Development Agency which was announced by Minister for Housing Eoghan Murphy. Photograph: Gareth Chaney/Collins

Some 60 per cent of homes built under the Land Development Agency (LDA) scheme could end up as private housing rather than the social or affordable builds needed to tackle the State’s housing crisis, Simon Communities has warned.

The homelessness charity welcomed the Government’s announcement of the new agency as “a step in the right direction” but cautioned that there was “still considerable red tape in relation to approval, tendering and procurement processes at State level”.

Some 150,000 new homes across Dublin and Cork are projected to be built over the next 20 years under the agency which was announced by Minister for Housing Eoghan Murphy. Any developments built on State lands under the programme must have 30 per cent of affordable homes in addition to the existing 10 per cent already needed for social housing.

Simon Communities expressed concern that only 40 per cent of housing within the regeneration areas would be dedicated to affordable and social housing and that 60 per cent of the builds could end up going towards private housing.

The homelessness charity also called for a time frame in terms of the delivery of housing given the rapidly growing number of people stuck in emergency accommodation. “There are thousands of people in Ireland who are either homeless or living in fear of losing their home,” said Simon Communities spokeswoman Niamh Randall. “Any red tape needs to be continuously addressed urgently so that homes can be delivered more quickly to people who need them.

Fianna Fáil housing spokesman Darragh O’Brien expressed concern about the potential licensing or sale of State lands and the “incredibly low” social and affordable housing provisions. “My initial response is that I am underwhelmed,” he said. “It falls way short and is going in the wrong direction.”

Mr O’Brien added that the Government’s repeated announcements of housing plans had caused “publicity fatigue” among those most in need of a home and called for the provision of houses at a cost of €160,000.

Sinn Féin’s Eoin Ó Broin also warned that 60 per cent of homes on the lands would be sold at “at inflated, unaffordable market prices”.

Employers’ association Ibec described the LDA as a potential “game changer” that could help free up land in State ownership which would not normally be considered for home building. However, the business representative group cautioned that not all State land could be used for housing and that actions by the new agency “must not undermine the future development and provision of public infrastructure under the remit of other semi-State companies”.