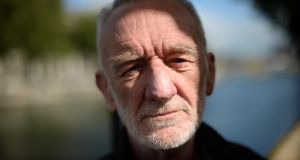 Merchants Quay Ireland co-founder Tony Geoghegan said it was “hard to be optimistic at the moment” about housing. Photograph: Dara Mac Dónaill

Greater “bravery” is needed from political leaders in tackling the drugs and homelessness crises, according to Tony Geoghegan, co-founder of Merchants Quay Ireland, the first voluntary drug treatment centre in the State.

Geoghegan, who steps down this month as chief executive of the organisation after 28 years, says these crises are “worse than ever” and that homeless single adults are being “left behind”.

“It is hard to be optimistic at the moment on housing,” Geoghegan told The Irish Times. “In particular I am worried about the lack of attention being given to homeless single adults. Many of them are among the most vulnerable in society. They have no supports and are at the bottom because they have more issues, like mental health and addiction.”

“There was rightly a lot of furore about homeless children in hotels, and certainly they have tried to address that with family hubs. It’s not a long-term solution but it is progress and better than hotels.

“I think we need to do something similar for single people – sort of single-people hubs where people can have a bit of privacy, dignity and a path to independent living.”

While attitudes to drug users have shifted since 1990, “they have not changed enough” and “stigma is still a big issue,” he says. Decriminalising the possession of drugs for personal use – a move under consideration by government – would go a long way, he says, to removing the stigma associated with addiction.

“It would automatically remove criminality from the issue. And if you’re homeless on top of having an addiction, well it’s almost impossible.

“They are the face of homelessness people aren’t comfortable with. They are the ones on the boardwalk, ‘tapping’ [begging] and dealing [drugs], and people do hate them. If you have that coming at you all the time, subconsciously you absorb that hate. That’s the stigma and that’s the damage.”

Geoghegan had been in London, running needle exchanges in Stockwell and Brixton, before he returned to Dublin in 1989 to help Franciscan friar Fr Seán Cassin to set up a drop-in centre for drug users on Merchants Quay. “It was a radical step at the time,” says Geoghegan.

More radical, two years later and despite opposition from some local politicians and the then Eastern Health Board, they set up Ireland’s first needle exchange. This was at the height of the Aids epidemic and, Geoghegan believes, it was a fear of Aids “spreading from drug addicts and into the wider community” that eventually convinced the health board to support it.

Asked about a low point in his career, he recalls the death of Josie Dwyer (42) in 1996. In very poor health, a drug addict and HIV positive, Dwyer died following an assault in Basin Lane by a number of men after an anti-drugs meeting.

“I knew Josie. He wasn’t a dealer or a hassler, he was a really unfortunate guy. It was so shocking, the way he died. It just felt like an affront to everything.”

A high point is the planned opening next year of the first medically supervised injection centre, which will be run by Merchants Quay Ireland. “I really didn’t see that happening in my working life. And to be fair to [Minister of State with responsibility drugs strategy] Catherine Byrne she has been brave and firm and promoted and supported it, despite the fact it wouldn’t be supported by many of her voters.

“I do think we need more bravery in our politicians, to do what is right despite the possible opposition, to really start to address homelessness and addiction.”