Thinking Anew: Law and justice are not necessarily the same thing 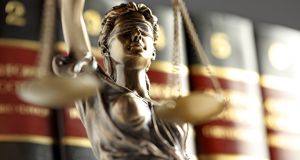 It was reported recently that the Minister for Justice plans to bring in legislation to do away with the poor box, a feature of the lower courts for years. In his book What Money Can’t Buy, Michael Sandel, professor of government at Harvard University, discusses the relationship between money and the administration of justice. He takes as an example the one child per family policy of the Chinese authorities, a population control measure. A substantial fine was prescribed for anyone exceeding the quota but wealthy couples who wished to have a second or third child simply paid up, while those of limited means were forced to comply. Sandel wondered was the financial penalty a fee or a fine? In other words, could the rich buy their way round the law.

Law and justice are not necessarily the same thing. Laws are passed by parliaments elected by the people and interpreted by judges. The segregation laws of America, for example, led to horrendous injustices for generations, and our own attitude to “white collar” crime has a whiff of class privilege about it.

The idea that one’s financial or other privileges could impact on the administration of law violates the principle of justice, represented on court buildings all over the world by statues of Lady Justice, a figure based on the Roman goddess of justice, Justitia. Lady Justice is sometimes depicted wearing a blindfold to underscore the virtue of impartiality, thus affirming that everyone is entitled to be treated fairly irrespective of who they are or what they possess.

The prophet Micah sees justice as an expression of God’s will: “What does the Lord require of you but to do justice, and to love kindness, and walk humbly with your God.” The Christian approach to life, resting on the Jesus model, would want mercy and the hope of restoration to be features where possible of any justice system.

Tomorrow’s Old Testament reading states that living justly is good for us: “Those who are generous are blessed, for they share their bread with the poor.” The reading from the Epistle of James is more pointed: “Has not God chosen the poor in the world to be rich in faith and to be heirs of the kingdom that he has promised to those who love him? But you have dishonoured the poor. Is it not the rich who oppress you? Is it not they who drag you into court?”

President Trump recently referred to an African American woman as a dog. Tomorrow’s gospel reading reminds us that this is no new term of racial abuse. Jesus uses it in an exchange with a Syrophoenician woman, a Gentile, who comes to him seeking healing for her daughter. He seems to be saying that he, a Jew, should, according to Jewish custom, treat her as inferior and undeserving of his help. In the event he ignores the hate-filled prejudice and helps her. Perhaps what is most intriguing is that this poor woman seems prepared to put up with the abuse: it is part of her everyday world and she knows her place not only as a Gentile but as a woman. And doesn’t the same apply today that the poor, the disadvantaged, the “different” are conditioned from their earliest years to live on the margins of a society that others control, accepting and unquestioning? It is arguable that much of the trouble and political unrest in the world today – immigration being a prime example – stems from racial discrimination and economic injustices imposed on vast numbers of already struggling people on this planet. Such injustices have the capacity to destroy us all.

Leonardo Boff, theologian and former Franciscan priest and faithful champion of the poor of South America said: “Jesus will continue to be condemned to death so long as we do not establish the human and historical conditions that allow justice to flower and right to flourish. And without justice and right, the kingdom of God will not be established.”