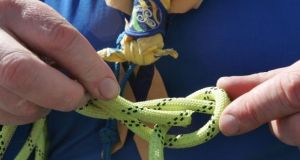 Scouting Ireland has been facing a major historical abuse scandal, and has identified 356 alleged victims and 275 alleged perpetrators.

Scouting Ireland has had “some of the best child protection policies and practices of any organisation anywhere in the world” for decades, a senior figure in the international scouting movement has said.

John Geoghegan, director of the World Scout Foundation, told Scouting Ireland in a May 19th letter that it should be “very proud” of its record on child protection.

The Geneva-based foundation is a not-for-profit organisation that raises funds for the World Organisation of the Scout Movement (WOSM), which represents more than 170 national scouting organisations.

Scouting Ireland has been facing a major historical abuse scandal, and has identified 356 alleged victims and 275 alleged perpetrators.

The alleged abuse mainly occurred between the 1960s and 1990s in legacy organisations, the Catholic Boy Scouts of Ireland and Scout Association of Ireland, which merged to form Scouting Ireland in 2004.

In a final report into the scandal, child protection expert Ian Elliott found sex offenders had risen to the “top level” the former organisations, and protected other known abusers from being held to account.

The report, published on May 14th said child abuse was “tolerated” and covered-up for decades to protect the reputation of the scouting movement. It said a culture of “cronyism” thrived in the legacy organisations, and remained a significant problem until very recently in Scouting Ireland.

Scouting Ireland first commissioned Mr Elliott in July 2017 to review the organisation’s handling of a rape allegation, which he found to be “deeply flawed”. He also criticised wider safeguarding failings.

“You have done what many institutions in Ireland and abroad have failed to do – you identified major problems, you tackled them head on, and you solved them,” he said.

He said the youth organisation now had a “state-of-the-art system of governance” with board members chosen for their skills and “not their popularity”.

Mr Geoghegan previously worked as a staff member in both legacy scouting organisations, and also for the International Federation of Red Cross.