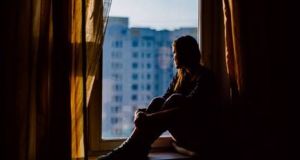 “Unfortunately these findings reinforce existing data with regards to the health and wellbeing of younger women in Ireland.” Photograph: Getty Images

Young Irish adults have become sharply more lonely since the Covid-19 pandemic, according to new data that examines mental health issues across the EU.

The only EU country with more lonely young adults was Hungary, with 24.4 per cent reporting problems , according to the survey.

Spain, with 16.4 per cent reporting loneliness, had the best record.

The situation is worse for young women: 27.5 per cent of those surveyed aged 18-34 said they had been lonely all or most of the last fortnight. This compares with 18.4 per cent across the EU27, and with 10.1 per cent in Spain.

In all 18- to 34-year-old EU citizens are now more likely to be depressed, lonely or anxious than older peers, with lower abilities to deal with problems and with significant decreases in life satisfaction compared to before the pandemic.

The findings echo previous findings from Eurofound that Ireland had the highest incidence of moderate to severe depression among young women (aged 15-24) in the EU.

“It should be noted that Ireland has comparatively high quality of life and wellbeing indicators for the population as a whole.

“However, the situation with regard to young women needs specific consideration. Unfortunately these findings reinforce existing data with regards to the health and wellbeing of younger women in Ireland.”