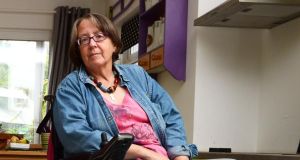 The two other Irish recipients are retired Church of Ireland Bishop of Raphoe Ken Good and current Catholic Bishop of Derry Donal McKeown. Awards were presented to 32 people internationally for their outstanding contributions to church life and to wider society.

In 2003 Dr Kennedy was the whistleblower who exposed abuses of intellectually disabled people at the Brothers of Charity-run residence in Kilcornan, Co Galway.

Contracted as an independent trainer and consultant on disability, abuse and client protection to Brothers of Charity staff in Galway between 2000 and 2003, she leaked a copy of the Kilcornan/McClean report, which was critical of conditions and practices at the Kilcornan residence, to The Irish Times and then minister for health Micheál Martin.

It led to radical changes in safeguarding practices where intellectually disabled people are concerned generally in Ireland.

Prior to this, Dr Kennedy had worked in the UK and her Lambeth Award was for “rendering outstanding service to victims and survivors of church-related sexual abuse through founding MACSAS ( Minister And Clergy Sexual Abuse Survivors).”

It described MACSAS as “an organisation run by survivors for survivors, amongst whom she is almost legendary. Margaret set up MACSAS in the late 1990s following requests from survivors with whom Margaret had worked through Christian Survivors of Sexual Abuse (CSSA), which she had also founded in 1989.”

The citation noted how she also campaigns “against disability inequality and abuse, inadequate housing provision for disabled people and inadequacies” in the Irish health service “ in spite of the fact that she has a very rare neuro-muscular degenerative disease (which she shares with her identical twin sister Ann), is in constant pain and uses a wheelchair.”

It described her work as “nothing short of outstanding.”

Bishop Good and Bishop McKeown have both been based in Derry. The award to Bishop Good was “for giving strategic leadership to the local church to engage fully with the community, throughout his ordained ministry, most of which was in the complex community of Northern Ireland. ”

It noted how as Bishop of Raphoe he organised “a meeting between Protestant church leaders and families in the Bogside following publication of the Bloody Sunday Inquiry report, and a series of ‘Walks of Witness’ with his Roman Catholic counterpart, Bishop Donal McKeown.”

Bishop McKeown’s award was for making “an exceptional contribution to social cohesion in and around Derry and has been an unstinting example of the Gospel values of charity and love of one’s neighbour.”

He and Bishop Good had “developed a close friendship” and “together they made a conscious commitment to work together publicly as often as possible.” This was “not only during the Troubles but in the more recent violence which witnessed the tragic murder of the journalist Lyra McKee,” the citation said.

Commending all Award recipients Archbishop Welby said not all 32, including people fromNew Zealand, Kenya and the USA, as well as the UK and Ireland, were “followers of Jesus Christ, ”but all contributed “to the mutual respect and maintenance of human dignity which are so vital to spiritual and social health.”

The awards are usually presented at a ceremony inLondon’s Lambeth Palace but had to be cancelled this year due to Covid-19.