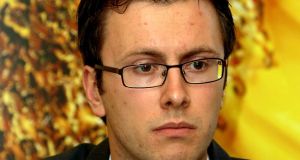 Roderic O’ Gorman: he said he planned to put the “young, vulnerable and marginalised” at the very centre of his department’s work

The new Minister for Children, Disability, Equality and Integration should engage directly with advocacy and support groups to ensure people with disabilities can live the life they choose and are fully included in Irish society, the Irish Wheelchair Association (IWA) has said.

Roderic O’Gorman, who has been appointed to lead the newly recast department, should also commit to providing greater funding to disability organisations who are struggling to carry out their services after “years of underfunding by successive governments”, said the IWA.

IWA national advocacy officer Joan Carthy said she was relieved to see disability issues moved away from the Department of Health, but voiced concern that people with disabilities would now face competition with other minority groups when seeking funding.

“Having it alongside integration and equality is a good place to be, but there’s no clarification yet on what that actually means,” Ms Carthy told The Irish Times.

The IWA will run a #NotMyIndependenceDay campaign across social media on Saturday, July 4th, to highlight how people with disabilities will not be “getting back to normal” like other members of the Irish population as Covid-19 restrictions ease.

Lockdown restrictions give “just a small flavour of what life is like every day for people with disabilities” because of a lack of wheelchair accessible transport, a lack of home support hours and discrimination in the job market, said the IWA.

“It will be a long time before anyone with disabilities can get back to their old normality, and even then we’re still dealing with the transport issues and lack of funding for personal assistance services,” said Ms Carthy, a wheelchair-user and long-time disability campaigner.

Mr O’Gorman said earlier this week in a statement following his appointment that he planned to put the “young, vulnerable and marginalised” at the very centre of his department’s work, and committed to expanding childcare, ending Direct Provision and “extending equality to all our citizens”.

He added that his department would engage with community and voluntary sector groups, trade unions and activists in its work.