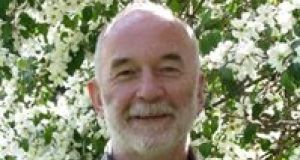 The Presbyterian Church in Ireland has dismissed a professor at its Union Theological College in Belfast for publicly disagreeing with the church’s outright opposition to same sex relationships.

Rev Prof Laurence Kirkpatrick had been teaching there for 22 years.

The college has been providing training for the Presbyterian ministry, as well as theology courses for students at Queen’s University Belfast.

At its General Assembly in Belfast last June the church decided that same-sex couples could no longer be full members and that such couple’s children could not be baptised.

It also decided to loosen ties with a sister church, the Church of Scotland, as the latter moved towards approving same-sex marriage.

Subsequent to those decisions, Rev Prof Kirkpatrick told BBC Radio Ulster’s Talkback programme, last June also, that he would be horrified if a student at the college was taught that a same-sex, sexually active relationship was sinful.

He also made no comment when another programme guest questioned the links between Union Theological College and Queen’s University Belfast.

Following the programme Rev Prof Kirkpatrick was suspended by the church pending the outcome of a disciplinary inquiry.

According to BBC News on Thursday, six charges against him were upheld with two relating to his appearance on Talkback judged “gross misconduct”, according to the letter of dismissal this week.

The other four charges it deemed fell short of misconduct and included entering the college and attending a Queen’s graduation ceremony after being suspended, as well as unauthorised access to the church’s IT systems.

The letter said: “Your contribution to the Talkback programme on 13 June 2018 brought Union Theological College and by association, your employer, the Presbyterian Church in Ireland into disrepute.”

It continued: “Your comments on the Talkback programme had a significant and material adverse impact on PCI’s relationship with Queen’s University Belfast and caused hurt and damage to the faculty’s relationship and cohesion.”

Rev Prof Kirkpatrick had failed to gain the church’s approval for taking part, it said, and that his comments during the broadcast were “unacceptable”.

“You stated that you would be ‘horrified’, using that word twice, if a student at Union Theological College was taught that a same-sex, sexually active relationship was sinful, knowing full well that was the doctrinal position of your employer,” it said.

When another guest questioned Queen’s University’s link to the college, Prof Kirkpatrick had made no attempt to defend the college’s reputation, it said, while his comments had “contributed significantly to a fracturing of the relationship between your employer and Queen’s University Belfast”.

An earlier, 2016, review of the college by Queen’s raised concerns about the college’s curriculum, which it said was “largely based on Protestant evangelical teaching with little input from other perspectives”, and that it had a “lack of diversity in the teaching provision and staff”.

It felt that “in a post-conflict Northern Ireland, it is highly unsatisfactory that the teaching of theology is not provided across denominational lines” and further noted that there were no full-time female staff teaching undergraduates at the college.

Last December, following its latest review, Queen’s University decided not to admit any new undergraduate theology students to the college in September 2019.

Among the review findings were that “a single denomination providing all the undergraduate theology provision for a research-based university is highly problematic and not sustainable in today’s post-conflict Northern Ireland”.

Contacted by The Irish Times on the dismissal of Rev Prof Kirkpatrick, a spokesman for the church said that “as an employer, it would not be appropriate for us to comment publicly on any matter relating to an individual’s employment”.