Brendan Smyth’s order has ended its ministry, but the scars remain 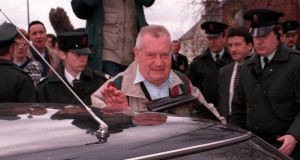 Brendan Smyth: a review established that four Norbertines had sexually abused so many children that it concluded the figure was simply ‘not known’. 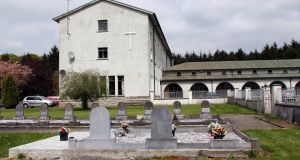 Kilnacrott Abbey in Co Cavan, where the remains of Brendan Smyth are buried. Photograph: Lorraine Teevan 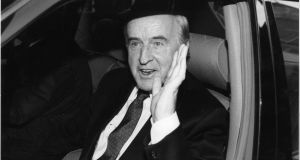 Former taoiseach Albert Reynolds. A delay of seven months by the attorney general’s office in processing an extradition warrant for Smyth eventually brought down his government. File photograph: Paddy Whelan 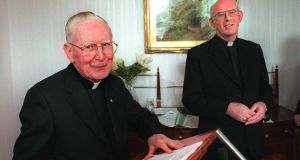 The last public Mass by a Norbertine priest in Ireland was celebrated on Sunday September 25th, 2016. As of that date all public ministry by the Norbertines on the island ceased.

This is referred to, almost in passing, in the review of child protection practices at the Norbertines published last Wednesday by the church’s child protection watchdog, the National Board for Safeguarding Children in the Catholic Church in Ireland (NBSCCCI).

It marks an innocuous end to the notorious “Ireland chapter” of a religious congregation which brought down a government, severely damaged the reputation of two cardinal primates of All-Ireland, two other Catholic bishops, two Irish abbots, three other religious congregations but, above all, the lives of more children than will ever be known.

It was the conclusion to a shameful history on this island of a respected European congregation founded in France by St Norbert in 1120.

The Norbertines came to Ireland in 1924 at the invitation of the then bishop of Kilmore Patrick Finegan. They founded Holy Trinity Priory at Kilnacrott, Co Cavan and opened a secondary school, St Norbert’s College.

A third superior died in 2013 when the current prelate administrator Fr William Fitzgerald took over.

Nine Norbertines are left in Ireland, eight priests and one brother, with an average age of 77. No one has joined the congregation here since 1993.

This week’s NBSCCCI review established that four Norbertines had sexually abused so many children that it simply concluded the figure was “not known”.

Overall, it found “there has not been any realisation of the importance of child safeguarding” within the congregation, an understatement, to say the least.

Their most notorious abuser was the now deceased Brendan Smyth. He was so notorious that on his death in August 1997 at the age of 70 in the Curragh prison he had to be buried pre-dawn in the grounds of Kilnacrott Abbey at 4.15am.

Just seven Norbertine priests and a few locals gathered in the gloom, with four gardaí in the background, the lights from a hearse illuminating the grave as his coffin was lowered down.

A victim later successfully had the “Rev” removed from his headstone.

It might be argued that it was not so much Smyth who destroyed so many and so much, as it was his Norbertine and other church superiors.

He was a paedophile, as much a part of the human condition as the psychopath, yet they allowed him to have free rein for more than 40 years and facilitated his nefarious activities in what was the then favoured church way.

They moved him around Ireland, Scotland, Wales and the US, trailing human wreckage in his wake.

Attempts from within had been made to have something done about him. For example, the late Fr Bruno Mulvihill tried to have him stopped from 1968 onwards.

He wrote about Smyth to the then bishop of Kilmore Francis McKiernan in 1974.

He copied the letter to then papal nuncio Archbishop Gaetano Alibrandi. He also spoke to Abbot Colwell and later Abbot Smith about Smyth.

“I was told that in his [Abbot Smith’s] opinion Smyth had been penalised too much in his life,” Fr Mulvihill said.

Fr Mulvihill also claimed that in 1986 he told then abbot general of the Norbertines Fr Marcel Van de Ven about Smyth after an ordination service at the congregation’s headquarters in Belgium. Abbot General Van de Ven denied this to The Irish Times.

Abbot General Van de Ven did not have a good record in being truthful with The Irish Times. In October 1994 he and then Catholic primate Cardinal Cahal Daly met in Rome to discuss the implications of Smyth being jailed for child sex abuse in Belfast that year.

Asked by this newspaper about the meeting Fr Van de Ven denied it had taken place. Contacted again later that Sunday, he admitted it had.

When first pressed on the issue, he had been adamant. “I never spoke to him [Cardinal Daly]. Perhaps they know that I have been trying to contact him. I will try again this evening,” he said.

Contacted the second time he agreed that they had indeed met. He explained his volte face.

For most of us at The Irish Times it was our first experience of “mental reservation”, though we did not know it at the time. It would be another five years before the concept was explained so lucidly by the late Cardinal Desmond Connell in the Murphy report.

In a corner of page 8 of that same edition of The Irish Times in which Fr Van de Ven’s contradictory statements were reported (Monday, October 24th, 1994), there was a short piece by then political correspondent Geraldine Kennedy with the headline “Delay about priest’s warrant raised”.

It concerned a delay of seven months at the attorney general’s office the previous year in processing an extradition warrant from Northern Ireland for Smyth on paedophile charges.

Within a month that issue would bring down the Albert Reynolds government.

Indeed, the “fallen” over the Brendan Smyth affair are legion.

As the Northern Ireland Historical Institutional Abuse Inquiry (HIA) report last January makes clear, the Norbertines in Ireland were “guilty of a systemic failing in putting Fr Smyth forward for ordination as a priest despite a clear warning from the Abbot General”.

Smyth was ordained in July 1951 by then archbishop of Dublin John Charles McQuaid.

In the Smyth context, the HIA report also found against Norbertine abbots Colwell and Smith, the diocese of Kilmore and its late bishop Francis McKiernan, the former Catholic primate cardinal Seán Brady (in connection with his handling of a 1975 investigation of Smyth’s abuse of children), the diocese of Down and Connor and its late Bishop William Philbin, his successor and afterwards Catholic primate the late Cardinal Cahal Daly, the Sisters of Nazareth and the De La Salle Brothers (for allowing Smyth repeated access to children in their care).

But above all there is the unknown number of children whose lives were destroyed by Smyth.

To illustrate the effects of his abuse on them, the HIA report quoted Fr William Fitzgerald, current Norbertine prelate administrator at Holy Trinity Abbey in Kilnacrott.

The report expressed gratitude for “ his frank and forthright evidence to the inquiry”.

Fr Fitzgerald told the inquiry: “ . . . the youngest victim of Brendan Smyth that I know of is 28 years of age. She is going to be around for another 60 years maybe or longer, and every day of her life the horrible spectre of that man will be in her mind and what he did.

“How can – how can anyone return anything to – I mean, like give her €100 million. It would do nothing to repair any damage that has been done to her. It’s unspeakable, unspeakable.”