Many of 11 outstanding properties in use already by State recipients 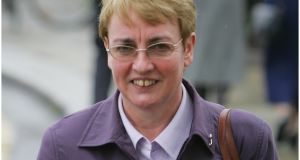 Properties yet to be fully transferred to the State under the 2002 indemnity agreement with religious congregations include five owned by the Sisters of Mercy.

Under terms of the 15-year-old agreement, the 18 congregations, which managed residential institutions for children, agreed to contribute €128 million in cash and property to a State compensation scheme for victims of abuse in the institutions.

In return they were granted an indemnity against any future actions by former residents of the institutions. To date there have been 33 such actions, at a cost to the State of €10.1 million, €5.7 million of that in legal costs.

The 11 properties subject to the agreement are valued at approximately €15 million.

A breakdown provided by the Department of Education and Skills (DES) show the properties include the Sisters of Mercy Mounthawke secondary school in Tralee, Co Kerry, and the order’s convent in Ballina, Co Mayo, being handed over in lieu of Moate national school, Co Westmeath. Both properties will go to the DES.

The three Rosminian properties are Rally Field, Upton in Cork (in lieu of the former Old Schoolhouse, Garretstown in Cork), the Respite Centre in Garretstown, and a property in Old Chapel, Bandon Co Cork, all of which will be transferred to the HSE.

The Sisters of Charity Sacred Heart Centre in Waterford will also be transferred to the HSE, as will land and buildings in Lota, Glanmire, Cork belonging to the Brothers of Charity.

The Christian Brothers’ Waterpark national school, Newtown Road in Waterford will be transferred to the DES.

Transfer of the 11 properties to date has been delayed because of legal issues relating to title and registration, in the main. However, most properties yet to be fully transferred are already in use by intended recipients.

A Department of Education spokesperson said the properties were required to meet fully criteria laid down in the (2002) agreement “on the basis of having good and marketable title. Meeting this requirement has proved to be a challenge in the case of a number.”