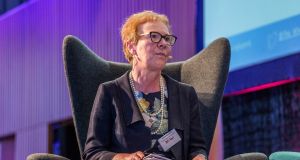 A 10 per cent increase in calls for help to the State’s largest rape crisis centre last year, compared with two years previously, meant demand for its services “outpaced” its ability to respond, the centre has warned.

The annual report from the Dublin Rape Crisis Centre, published on Monday, details a 42 per cent increase in clients supported at the Rotunda Hospital’s sexual assault treatment unit last year compared with 2018, and a 15.4 per cent rise in the number of appointments delivered.

While welcoming increased funding from the child and family agency Tusla last year, the report stated: “This increase was still far below what is needed to meet actual demand for our services and we continued to maintain an unacceptably long waiting list of those seeking therapeutic support.”

The report is highly critical of the courts system’s response to sexual violence: “We are constantly struck by the multiple barriers and indignities [people] must encounter within the trial system.

“Family law and childcare cases are being heard in archaic conditions in courts around Ireland, involving people in already stressful, damaging situations of domestic violence including sexual abuse or relationship breakdown.

“For survivors of sexual violence, the lack of privacy as well as the other physical and case management difficulties can only add heavily to the stress and trauma they already experience.”

In her foreword, chief executive Noeline Blackwell writes that the Dublin Rape Crisis Centre echoes “fervent calls for reform of [the criminal justice] system which has been acknowledged by the Minister for Justice as unfit to deal with sexual offences”.

Just under half the calls (47 per cent) related to rape, followed by child sex abuse (29 per cent) and adult sexual assault (9 per cent). Sexual harassment was cited in 1.2 per cent of calls.

More than half (7,704) were from first-time callers, and the majority (78 per cent) were women, while 21 per cent were men and less than 1 per cent identified as neither.

The largest age group of callers were those aged 30-39 years, accounting for 20 per cent. The busiest months were September and May.

“This is an increase of 42 per cent over 2018, but figures for that year were lower due to a temporary situation with services at the [sexual assault treatment unit].