Dr Aoibhinn Ní Shúilleabháin congratulated for speaking out about harassment 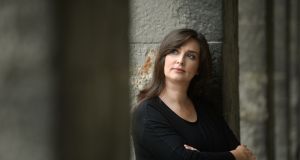 Speaking out about her experience, Dr Aoibhinn Ní Shúilleabháin said she hoped it would draw attention to the harassment of female university academics and students on university campuses in Ireland. Photograph: Dara Mac Donaill / The Irish Times

Urgent action is needed to ensure staff and students are safe on college campuses, the National Women’s Council (NWC) has said after broadcaster and academic Aoibhinn Ní Shúilleabháin spoke out about her ordeal at University College Dublin.

Speaking to The Irish Times, Dr Ní Shúilleabháin spoke publicly for the first time about being repeatedly harassed by Prof Hans-Benjamin Braun at UCD over the course of two years.

Braun, 58, was charged with harassment under section 10 of the Non-Fatal Offences Against the Person Act, 1997.

A court case late last year heard the harassment took place between May 9th, 2015, and July 7th, 2017. The judge issued an order barring the professor from contacting Ms Ní Shúilleabháin for five years.

On Saturday, the National Women’s Council (NWC) commended the “courage and bravery” of Ms Ní Shúilleabháin for breaking her silence about her experiences.

Orla O’Connor, director of NWC, said her testimony “puts a spotlight on the shortcomings that still remain not only in UCD but across the sector of third level institutes” in dealing with disclosures about harassment from academic staff.

“It highlights how this trauma can be compounded by the response from an institution that does not fully recognise the seriousness of the issue and its responsibility to offer adequate protection to the victim,” she said.

Ms O’Connor said there was a need for “urgent action by all third level institutes to ensure both staff and students can be safe on campus”.

“Where an incident occurs, we crucially need to have in place clear policies and procedures that follow best practice in this area and ensure the victim is supported and protected at all times,” she said.

“While progress has been made in many universities and colleges in this regard in relation to students, we now need a comprehensive approach that encompasses all staff and is recognised and reinforced through the governance structures of the institutions.”

Ms O’Connor also called for all third level institutes “to prioritise the full implementation of the National Framework on sexual harassment and violence for higher and further education”.

In her interview with The Irish Times, Ms Ní Shúilleabháin revealed how she was frightened of being alone on campus and unnerved almost to the point of abandoning her successful academic career.

In speaking out about her experience, she said she hoped it would draw attention to the harassment of female university academics and students on university campuses in Ireland.