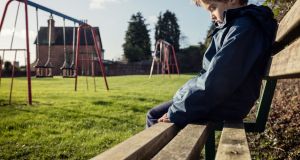 Last September, there were 847 children on waiting lists to be allocated social workers with, on average, 288 children being referred to Tusla in the north Dublin area each month, the audit said. Photograph: iStock

The lack of social workers in north Dublin is putting vulnerable children in the area at “serious risk”, according to an internal audit conducted by Tusla, the child and family agency.

The unpublished audit found the “level of understaffing in north Dublin has been identified as a serious risk to the safety of children in the area”.

Tusla “could not provide assurance” over the safety of children left on waiting lists without an allocated social worker, which constituted “a major risk”, it said.

The internal audit, conducted in the last quarter of 2019, was released to The Irish Times following a request under the Freedom of Information Act.

The north Dublin service area stretches from Darndale to Howth, and up to areas such as Swords and Balbriggan. In 2014, the area’s remit was extended to cover Dublin 15, which includes Blanchardstown and Ongar.

Understaffing was highlighted “as one of the most serious risks to children” in north Dublin, the audit said. At the time of the audit there were nine vacancies between the area’s duty and assessment teams alone, it said.

Last September, there were 847 children on waiting lists to be allocated social workers with, on average, 288 children being referred to Tusla in the area a month, the audit said.

The area had the second-highest number of “unallocated” cases awaiting a social worker, according to Tusla’s most recently published statistics up to May this year.

The number of unallocated cases had dropped to 443 this May, although nationally Tusla’s unallocated case backlogs fell substantially in the early months of the coronavirus pandemic.

The audit said when parts of the county such as Dublin 15 had been incorporated into the north Dublin service area in 2014, “no additional resources were provided to meet this demand”.

While it said staff in the area had “proactively highlighted risk”, the ongoing staff vacancies and integration of Dublin 15 into its remit “has had a negative impact on the area’s capacity to respond in a timely way to children who met the threshold for a service”.

A spokeswoman for Tusla said a full staffing review had been undertaken to address shortages across the agency, with a targeted recruitment campaign launched for north Dublin. “This campaign continues to ensure maximum staffing. Currently, north Dublin has 95 per cent of social work staff in post,” she said.

“It is important to note that all referrals or concerns about children received by the area are screened and assessed in line with normal practice and that where a child is found to be at immediate risk, they receive an immediate response. All children deemed to be at risk of significant harm have an allocated social worker,” she said.

Another internal audit, completed in the first three months of this year, found the high number of unallocated cases in the Dublin South West/Kildare/West Wicklow area also posed a “high risk”.

At the time of the audit there were 1,210 unallocated cases, 82 of which were regarded as high priority, it said. “This is attributed to the consistently high number of staff vacancies”, with 43 posts unfilled, the audit said.

The staff shortages posed a “risk to the delivery of safe and effective child protection and welfare cases in the area”, the audit said.