‘Nothing is cancelling out the noise. I wear headphones ... it’s explosion after explosion’

Residents in parts of Dublin have complained about fireworks being set off at night and encouraging anti-social behaviour. Recent social media footage shows gardaí responding to fireworks in Ballyfermot. 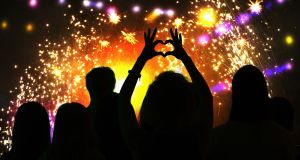 One Ballyfermot resident said the activity is ‘terrifying for pets and older people’.

Fireworks, being let off on a nightly basis and fired at people and homes, have become a “massive problem” across Dublin, residents and elected representatives warn.

They say gardaí are not adequately tackling the issue which is causing “huge anxiety and terror” in mainly working-class communities amid calls for “additional front-loaded resources” for stations in the worst affected areas.

Residents from areas including Finglas, Ballymun, Coolock, Cabra, Crumlin, Drimnagh, Ballyfermot, Jobstown, Kilnamanagh, Darndale, Baldoyle, Pimlico, East Wall, Sherriff Street, Kilmainham, Ashtown, Blanchardstown and Clondalkin, have told The Irish Times that fireworks and bangers, usually not heard until the weeks before Halloween, have been a constant nuisance since mid-August.

They have also been heard more recently in Lucan, Clonskeagh, Raheny, Drumcondra and Glasnevin, according to community groups.

The sale, possession or use of fireworks is illegal under the 1972 European Communities Act and gardaí have the power to confiscate them from anyone without necessary authorisation.

Numerous residents, however, say this is not happening.

A Finglas resident said: “This has been going on for weeks now. Last Sunday night, fireworks hit my neighbours’ houses. Finglas Garda station had been called multiple times and never came down or done anything.”

Another, also in Finglas said: “It’s never been this bad. October can be awful but it’s usually just that month. This year, it’s been going on for five weeks now. Why aren’t the gardaí doing anything to confiscate them? I have underlying health issues, including tinnitus and migraine. I’m cocooning and I feel trapped. Nothing is cancelling out the noise. I wear headphones. I shut the windows, turn the radio up, take out my hearing aids, wear headphones and still it’s explosion after explosion.”

Ulla Qualye, who lives in Drumcondra, fears for her guide dog’s wellbeing. “I met with a guide dog mobility instructor just this week to discuss ways to manage her fear. This is so distressing for me and her, she is so frightened. Halloween is bad enough without this happening so early on in the year.”

Alvin Fung, a Spencer Dock resident, said: “For the past month or so the youths have had a seemingly unlimited supply of fireworks. They’ve been throwing or shooting them . . . [and] the gardai appear to be unable to take any relevant action to stop them.”

A woman in Ballyfermot said fireworks had been “every night for weeks . . . Last night it was constant. It’s terrifying for pets and older people.”

What are the gardaí doing?

Ballyfermot Councillor and chairman of the Dublin South Central Joint Policing Committee Daithí Doolan has written to Commissioner Drew Harris seeking resources for local gardaí. He did this after several meetings with local SuptAnthony Twomey.

“There has been a serious increase in fireworks. A sinister development has been the targeting of these firework at people’s homes, property and individuals . . . They are being used on a nightly basis and [are] causing huge distress to residents. Particularly for elderly and vulnerable people,” said Cllr Doolan.

“It will require a strong Garda response to curtail their use . . . if it is not tackled now we will be looking at a very dangerous situation in the build up to Halloween,” he said.

“The commissioner needs to release resources. They need to be front-loaded into those stations experiencing the fireworks. Particularly needed are Garda cars, bikes and community gardaí,” he added.

He feared young people engaged in petty anti-social behaviour before lockdown had become especially vulnerable during the pandemic to being “groomed” for more serious criminal activity.

Cllr Colm O’Rourke, representing the Cabra-Glasnevin area, has had reports of fireworks since early August. “It’s causing a great amount of distress to a lot of residents, particularly older people,” he said and urged people to report incidents to gardaí.

A Garda spokeswoman said the force did not comment on “private correspondence with third parties or on remarks made by elected representatives. An Garda Síochána is committed to enforcement of legislation surrounding the use of illegal fireworks and related anti-social behaviour.”