O’Devaney Gardens regeneration to go ahead 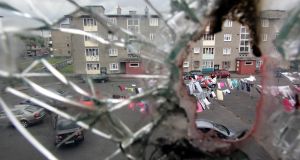 O’Devaney Gardens was once one of Dublin city’s most troubled social housing estates. Photograph: Eric Luke

The regeneration of O’Devaney Gardens, once one of Dublin city’s most troubled social housing estates, is to go ahead after Dublin City Councillors ratified a €7 million deal with developers Bartra.

The deal, which was approved by 39 votes to 18, will see more than 800 new homes on the site of the former flat complex close to the Phoenix Park, 30 per cent of them to be used for social housing and 20 per cent for affordable purchase.

The remaining 50 per cent are described as “developer units”, which Bartra can sell at a profit. However, in recent days Bartra has offered to sell more than half of its allocation to an approved housing body, nominated by the council, for use as cost rental housing.

This cost rental housing, where homes would be available to rent to low- and middle-income workers based on the cost of providing the housing rather than market rates, would account for 30 per cent of the overall scheme.

However, it remains unclear whether there is a housing body interested in taking on the project, or from what source funding for the purchase of the cost rental homes will come.

It is understood that Minister for Housing Eoghan Murphy is not willing to commit extra funding to the project over and above the cost of the social and affordable housing.

The council’s head of housing, Brendan Kenny, said it would be “a matter for the Approved Housing Body to source the necessary finance necessary to pay for the 247 units”.

In addition to a cash payment of €7 million, Bartra will be providing the social and affordable homes at a discount on market prices equivalent to about €32 million, said Mr Kenny.

The affordable homes would be available for sale at an average cost of €300,000, and none would cost more than €310,000 – €10,000 below the maximum qualifying price for the Government’s Rebuilding Ireland home-loan scheme.

The new deal with Bartra was negotiated by the ruling group of parties on the council involving Fianna Fáil, the Greens, Labour and the Social Democrats, following a decision last month not to ratify the original agreement. That agreement, for 20 per cent affordable housing, 30 per cent social housing and 50 per cent private, was approved by the previous council in January 2017 by 53 votes to eight. Sinn Féin, Fine Gael, Fianna Fáil, Labour and the Green Party all supported that deal.

The dilapidated 1950s flat complex was to have been redeveloped under a public-private partnership between the council and developer Bernard McNamara but after several delays the deal collapsed in mid-2008.

The council drew up plans to redevelop the estate using public money but in late 2012 conceded it could not secure the €32 million needed and shelved the project.

Protesters stormed the chamber on Monday night, shouting “shame on you” in an attempt to stop the vote, but it went ahead.