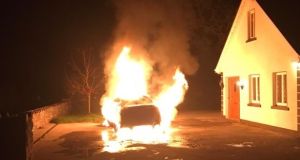 Leitrim county councillors have unanimously agreed to ask the Department of Justice to amend its plan to accommodate 130 asylum seekers at one location in Ballinamore and to switch to a “more cohesive and measured” plan.

Some councillors objected when the issue was raised during a debate on the proposal to accommodate asylum seekers in Ballinamore and Mr McGloin said he would be happy to have it raised at the end of the meeting.

He added that regardless of whether the attack was connected to any views expressed by the TD, who supports the arrival of the asylum seekers, it was a serious situation when a public representative was targeted.

Cllr Brendan Barry (Sinn Féin) questioned a reference to “over 140” refugees in a motion put forward by Cllr Ita Reynolds Flynn (Fine Gael) saying it was a “stupid” motion. He told councillors there was too much “hysteria, untruths and lies” around the discussion of this issue.

Cllr Reynolds Flynn “apologised sincerely” saying she did not mean to mislead councillors on the numbers. The Ballinamore -based councillor said she had the utmost sympathy for asylum seekers but the town was being asked to take on the equivalent of 15 per cent of its population when 3 per cent was the proportion considered acceptable.

She said Ballinamore was not saying no to asylum seekers and she would like to see families being accommodated in houses throughout the town as “integration not segregation is required”. She was supported by a number of her colleagues who criticised the Government’s handling of the issue.

Cllr Des Guckian (Independent) said the department was being “outlandish” in expecting the town to take so many people in. He said the proposal was “bounced” on to Ballinamore by a Government that had failed to invest in the west but expected places like it and Rooskey “to bail them out”.

He agreed that 130 asylum seekers was too many for a town such as Ballinamore and that the possibility of them being accommodated on a phased basis had been discussed with Minister of State for Integration David Stanton, who is due to meet a delegation from the Ballinamore community on Tuesday.