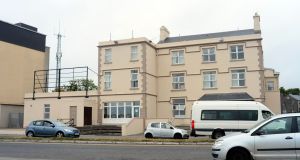 Government plans to house up to 5,500 asylum seekers in new or refurbished direct provision centres are running over the expected budget, with three of eight regional contracts awarded.

The secretary general of the Department of Justice, Aidan O’Driscoll, told the Public Accounts Committee in a letter that the department needed to find new accommodation centres because of a rise in the number of people arriving in Ireland seeking international protection.

He said the procurement of such centres would be done through regional advertisements.

Three contracts have been awarded in the midwest, the southeast, and the midlands. In the midlands, it had been estimated the contract would be worth €11 million, by the final contract awarded was worth €27.6 million.

In the southeast, it had been estimated the contract would be worth €28 million. However the one announced has a value of €36.9 million.

In the midwest, it had been estimatedthe contract would cost €15.7million but the amount awarded was less and came in at €12 million, the documents state.

Minister for Justice Charlie Flanagan said the exact locations of the centres have not yet been decided but said he wanted to ensure local communities are fully consulted.

Dr Michael Harty, an independent TD for Clare, said asylum seekers in his constituency had settled well. “If you look at the situation in Lisdoonvarna, there was a lot of public anxiety at first but in reality it has been very successful. The schools could absorb those children and the local health service was able to absorb those patients. They have been successfully integrated and some have even spoken about how welcomed and well received they were.”

In a statement on Friday evening, the Department of Justice said that “the number of additional bed spaces any potential new centres will bring will only become clear once all tenders are completed and any new offers are assessed for suitability”.

All existing providers of direct provision centres will have to reapply through the tender process.

The department said that due to a rise of almost 60 per cent in people seeking international protection this year, there are currently 37 hotels and guesthouses being used to provide short-term accommodation on a bed and full-board basis to some 1,500 people.

“The department has consistently made clear that this is a temporary measure which will only be continued until sufficient places are available within the accommodation centre system for all those who wish to avail of the offer of accommodation while their application is being processed.”

The department has been under pressure following 3,762 applications in the first nine months of this year, the highest level since 2008. There was a 20 per cent increase in demand for direct provision accommodation last year and this is expected to rise further this year.

Meanwhile, the 14 men found in the back of a truck on a Rosslare-bound ferry have claimed asylum.

The men, believed to be Kurds, were discovered in the trailer of the lorry which was en route to the Co Wexford port on the Stena ferry from Cherbourg, France.

Two other people found in the truck, who are children and deemed unaccompanied minors, are now in the care of Tusla, the Garda said

Gardaí believe the migrants entered the trailer close to Cherbourg without the knowledge of the driver or the Irish company he works for.