Talks ongoing between two departments about which should drive national strategy 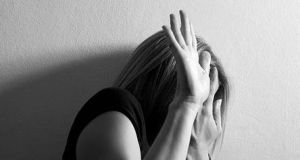 The programme for government describes domestic violence as an “epidemic”. Photograph: Getty Images

Organisations working to combat domestic violence are “deeply concerned” at moves they say will “downgrade” the issue by moving it out of the Department of Justice and into the newly-expanded Department of Children, Disability, Equality and Integration.

Discussions are ongoing between the departments about which should drive a third national strategy on domestic, sexual and gender-based violence (DSGBV). The current and last strategies were led by the Department of Justice.

While the Department of Children regards domestic violence as falling properly under its equality brief, organisations like the National Women’s Council of Ireland (NWCI) and Women’s Aid stress the importance of the criminal justice dimension, adding its removal from the Department of Justice would “downgrade” it.

Orla O’Connor, director of the NWCI, met Minister for Justice Helen McEntee, and Minister for Children Roderic O’Gorman in the past week, arguing for its retention within justice. Sarah Benson, chief executive of Women’s Aid, is seeking a meeting with the Ministers on the issue.

Noeline Blackwell, chief executive of the Dublin Rape Crisis Centre, is concerned at plans to move the brief in advance of a promised audit of where responsibility for the issue should lie.

Sharon O’Halloran, co-director of Safe Ireland, says it should have been allocated to a lead department when Ministers were appointed.

The programme for government describes domestic violence as an “epidemic” and commits the Government to: “Conduct an immediate audit, to be concluded within nine months of the formation of the government, of how responsibility for domestic sexual and gender-based violence is segmented across different government agencies, and develop proposals on what infrastructure is needed to ensure the issue is dealt with in the most effective manner possible”.

Ms Blackwell says an audit “makes a lot of sense” given the disparate response to the matter across several departments, including health, education, housing and social protection, as well as justice and equality. “It is really important that audit takes place before the current infrastructure is disrupted. It would be premature to move it.”

Ms O’Halloran said Safe Ireland had been lobbying for many years about the “fractured nature” of the response.

“We need one Minister to lead this. We have wanted a Minister with reach, resources and responsibility to lead on this. It lies between too many departments and it has been a disaster. It does not matter which department leads it.”

A Department of Justice spokesman said: “Tackling domestic abuse and sexual violence is a priority for the Minister and the Government…There are ongoing discussions between the two departments on alignment of the respective responsibilities and future collaboration in this area.”

A Department of Children spokesman said: “With the policy consensus falling so strongly on prevention, overarching DSGBV policy…cannot be seen solely as a criminal law issue, and must be wider as part of the wider equality agenda.

“Therefore, in line with agreements between the coalition parties, it is proposed that responsibility for driving the new national strategy and the national preventative strategy would rest with [this] department.”