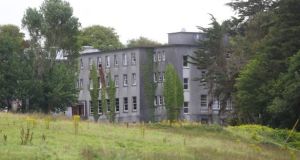 A Limerick charity has called for the immediate closure of Mount Trenchard direct provision centre in Co Limerick, warning that residents face “the most challenging” asylum conditions in the country.

In a report published on Monday, the Doras NGO [non-governmental organisation] warned of poor housing conditions, isolation and safety concerns at the asylum centre near the town of Foynes.

Mount Trenchard, which is privately managed by the Baycaster Limited company, is located 40km from Limerick city and 5km from Foynes. Residents, who must undergo an eight hour return-journey to attend asylum interviews and legal appointments in Dublin, describe the all-male centre as “an open prison” due to its remoteness.

It is generally understood that Mount Trenchard has “the most challenging conditions of all direct provision centres in the country”, says Doras director John Lannon, adding that many of the issues highlighted in Monday’s report were previously flagged in the 2015 McMahon recommendations. Retired High Court judge Dr Bryan McMahon chaired the Working Group to Report to Government on Improvements to the Protection Process, including Direct Provision and Supports to Asylum Seekers.

Mr Lannon said: “The fact that the most vulnerable international protection applicants are put into conditions that do not even meet minimum standards has been a concern of ours for a long time. It is apparent now that the centre needs to be closed down and residents moved to appropriate accommodation.”

While 15 residents took part in interviews for the report, many declined because they feared it would negatively impact on their asylum application. All residents involved said they did not feel safe at Mount Trenchard. Staff were invited to take part but did not respond to requests.

One resident, who shares a room with seven others, said he felt afraid falling asleep at night alongside strangers. Others said staff and emergency services failed to properly respond to emergencies at the centre.

All interviewees referenced one incident when a resident slashed his hand but emergency services were slow to arrive. “He almost died that day. And he lost a lot of blood. We had to patch him up ourselves, we had to rip up our own shirts because the staff then locked the door.”

Residents living in this “unwelcoming, bleak and confined space” end up feeling “disinterest and apathy” while after 12 months at Mount Trenchard, people are no longer “normal” and become “braindead”, said interviewees.

Many residents are not eligible to work under current legislation while those who can legally look for a job struggle because of the isolation of the centre, it notes. Some residents go months on end without any interaction with the outside world, it adds.

Meanwhile, there is a common belief that men at Mount Trenchard are “being punished for something they have done”.

A draft of Monday’s report was presented to the Reception and Integration agency in July recommending that changes be made within three months. However, a follow up investigation revealed nothing had changed while the introduction of national standards for direct provision centres in August had not resulted in improved conditions at the centre, said Doras.

The charity is calling on the Department of Justice to implement the report’s recommendations which include a security assessment of the centre, improved transport options and mandatory training for staff. However, ultimately the centre must close, says the group.

“We believe the situation in Mount Trenchard is too urgent to wait for the national standards to be implemented, or for groups like the government interdepartmental group or advisory group chaired by Dr Catherine Day to meet and review the direct provision system,” said Mr Lannon. “Since living there is putting vulnerable people at great risk, it should be closed without delay.”

A Department of Justice spokesman said officials from the International Protection and Accommodation Service (IPAS) had recently carried out an inspection of Mount Trenchard and was planning another visit before Christmas.

Aspects of the Doras report are “concerning” and IPAS officials will “take any remedial action that is necessary”, he said.

The department is steadily rolling out a programme to improve standards in all direct provision centres while Minister of State for Immigration David Stanton has met Doras to discuss the report, he said.

An interdepartmental group and independent expert group have been established to ensure the State provides appropriate services to all applicants for international protection, he added.