Improvement mainly due to reduced mortality from circulatory disease and cancer 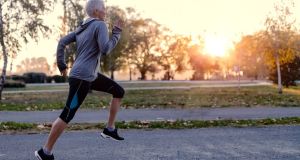 Women in Northern Ireland can expect to live close to four years longer than men, according to the latest life expectancy statistics for the North.

Decreased mortality rates among 60-89 year olds contributed to the majority of the increase in male life expectancy over the period, the North’s Department of Health reported.

Reduced mortality from circulatory disease and cancer, among other causes, increased male life expectancy by 0.8 years. However this increase was offset by 0.4 years due to a rise in mortality for a range of causes, including digestive diseases and nervous system disorders, mainly Alzheimer’s and Parkinson’s disease.

An improvement of 0.6 years in female life expectancy, mainly due to reduced mortality from circulatory disease and cancer, was largely offset by increased mortality from mental and behavioural disorders, mainly dementia, and nervous system diseases.

In 2016-18 women in Northern Ireland could expect to live 3.7 years longer than males. Across all age groups, male mortality was higher than that of females, with the exception those aged 0-9 where there was higher female mortality mainly from congenital causes.