Most 20-year-olds live with parents and worry about housing 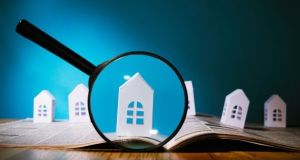 More than two-thirds of 20-year-olds still live at home with their parents and most of them are still depending on them financially, a new study has found. Photograph: Getty Images

Most 20-year-olds in Ireland still live with their parents, they are preoccupied with the housing crisis and one in four is showing signs of depression, a new study published on Thursday has found.

More than two-thirds are registered to vote and over half have engaged in some form of political activism over the past year.

The latest tranche of findings in the Growing Up in Ireland research also shows the vast majority of those just exiting their teens drink alcohol, about a quarter smoke cannabis and more than a third are overweight or obese.

Academics and researchers led by the Economic and Social Research Institute (ESRI) and Trinity College Dublin are following the lives of more than 5,000 children from the age of nine to 20 for the long-term national study.

It notes the 20-year-olds were born in the boom years of the late 1990s, spent much of their childhood and adolescence living in the depths of recession and are transitioning to adulthood during a period of strong economic recovery.

More than two-thirds of them told researchers they still live at home with their parents and most of them are still depending on them financially, especially for basic living expenses.

About 8 per cent said they were having difficulty or great difficulty making ends meet. That figure rose to 14 per cent for the less well-off.

Asked what worries them, Irish 20-year-olds are most likely to say getting a home, particularly those who come from less advantaged backgrounds. Climate change and poverty are also chief among their concerns.

About one in four said they suffer relatively high levels of stress and depressive symptoms. Young women are more likely to report suffering than young men – almost a third (32 per cent) of female 20-year-olds showed “clinically significant depressive symptoms”.

While almost three quarters expressed their hopes for financial security and a good job, comparatively few attached much importance to being in a long-term relationship (29 per cent) or having a baby (14 per cent) over the coming decade.

The findings show 20-year-olds are generally positive when quizzed about their health but increasing obesity and rising mental health problems are a cause for concern.

More than a third (36 per cent) overall are overweight, with 16 per cent of women aged 20 classified as obese – almost double the number of men, at 9 per cent. Young women are also less likely to be physically active than young men.

Some 15 per cent smoked daily, rising to almost one in four (23 per cent) smoking occasionally, while almost all (93 per cent) drink alcohol and nearly a quarter take cannabis “occasionally or more often”, the study found.

Dorothy Watson, a research professor at the ESRI and one of the report’s authors, said the overall findings “paint a generally positive picture of the lives of 20-year-olds and their engagement with the wider world”.

“They had a high rate of participation in post-school education or training; they were generally in good health and most used constructive strategies to deal with stress,” she said.

“The support of parents and friends was important to them.

“Among the concerning findings were a relatively high rate of depressive symptoms; a higher rate of obesity than when they were aged 17/18 and marked inequalities in educational outcomes by family background.”

Minister for Children and Youth Affairs Dr Katherine Zappone said she was “delighted that these findings reveal that very many young people are doing well.

“They also highlight the impact of socio-economic inequalities, and these are issues that warrant our close attention and concerted efforts from a policy perspective,” she added.