How does asylum-seeker process work from a legal perspective? 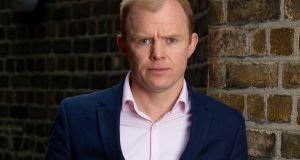 Nick Henderson of the Irish Refugee Council: “Having a single document that acts as the core of the asylum claim in their own words is really essential.” Photograph: Tom Honan

As Ireland’s first Refugee Bill was winding its way through the Oireachtas in 1995, the demands of dealing with asylum applications were only beginning to come into focus.

A debate in the Seanad heard of a rise in applications of 400 per cent over just two years.People were coming to Ireland from the former Yugoslavia and Bosnia. Germany was talking about greater burden-sharing among European states.

The Bill would be the bedrock of Irish asylum practice, giving effect to international conventions on the status and treatment of refugees, allowing for an appeal board and for the appointment of a refugee applications commissioner. There would finally be a process; no longer would arrivals be treated as mere vagrants.

It gave legal footing to the United Nations Convention on the Status of Refugees, designed to help those wandering through Europe in the wake of the second World War.

“Everyone has the right to seek and to enjoy in other countries asylum from persecution,” it declared.

In the near-quarter century since, both the State and individual approach to seeking and securing asylum and other similar protections in Ireland would be subject to a shifting legal landscape.

Every step an asylum seeker takes, from when he or she arrives on Irish soil, to their request for help, to their time in direct provision centres and eventual settlement or deportation, is governed by the law that stemmed from the mid-1990s.

In 2015, the law was upgraded to the International Protection Act, an attempt to streamline the application system and curtail waiting times that had expanded into years of legal wrangling.

Today, when someone arrives they are issued a “temporary residence certificate” allowing them to remain while their case is processed. They fill out a detailed application form before being interviewed by officials weighing their histories and claims.

Under the new Act, a person’s eligibility to stay in the country under three distinctive categories is examined. To qualify as a refugee they must prove a well-founded fear of persecution, either as a result of their race, religion, nationality, political opinion or membership of a particular social group. If successful, the Department of Justice examines the case from a security perspective before granting permission to reside in Ireland for a renewable period of three years.

If unsuccessful, the person can then be considered as a candidate for subsidiary protection – a measure under EU law that finds while they are not refugees per se, returning home would still be dangerous. Finally, the State has a discretionary ability to grant leave to remain in other cases, generally on humanitarian grounds. If all else fails, the legislation allows for appeal to the International Protection Appeals Tribunal.

At the Irish Refugee Council (IRC) Law Centre in Dublin, solicitors help the more vulnerable applicants apply for asylum. A key aspect of their approach is the preparation of a personal statement outlining the experiences that led the applicant to seek refuge in Ireland.

“Having a single document that acts as the core of the asylum claim in their own words is really essential and gives people an opportunity also to explain things that decision-makers sometimes have difficulty in getting their heads around,” says Nick Henderson, IRC chief executive.

Once they have completed a subsequent interview, they enter direct provision or other accommodation and await a decision.

The Department of Justice said the introduction of the 2015 Act was designed to accelerate this process. Applicants, it said, can expect to wait about 15 months for an initial decision (before any appeal). Those on a priority list – certain countries and vulnerable people including unaccompanied minors – wait about nine months, it said.

“What was needed was quick decision-making,” she says. “We did put in extra resources and it’s amazing how quickly these resources get used.

“Then the numbers [of applicants] go up and we get into this vicious circle.”

Fitzgerald, now a Dublin MEP, says analysis carried out after the introduction of the new law showed that while, in 2015, 2,695 people were in direct provision for three or more years, that number was reduced to 1,204 (or by 55 per cent) by February 2017.

However, the IRC Law Centre says there are still delays at certain points in the system, particularly around appeals and legal challenges.

Data compiled by the International Protection Office shows more than 1,570 judicial reviews were taken between 2001 and 2016, usually to do with how the legal process has arrived at decisions, rather than the decisions themselves.

Apart from charity legal work such as that of the IRC, asylum seekers are entitled to free legal aid to help them navigate the system. For a nominal sum of €10, they receive a consultation on filling out the initial application, the interview process and appeal. In some cases, legal aid solicitors attend the interviews with their clients.

Last year, the Legal Aid Board, which processes claims for assistance, received 2,079 applications for asylum cases – 13 per cent of all applications to its offices and the second-highest area of practice outside of family law.

However, the IRC Law Centre claims an 80 per cent success rate in its initial application decisions compared to a 30 per cent rate for legal aid solicitors – a difference it says is explained by both a lack of resources and their use of personal statements.

The asylum system has seen legal changes outside of the initial application process too. Until last year, supports for asylum seekers including the direct provision system were provided on a non-statutory basis, meaning they were not subject to Dáil scrutiny.

That issue was unsuccessfully challenged in the High Court in 2014 by a mother and son at the Eglinton direct provision centre in Galway.

Nevertheless, last year direct provision was placed on a statutory footing for the first time. In June, the Government introduced regulations transposing the EU reception conditions directive into State law, bringing Ireland in line with other EU countries.

This governs both conditions in centres and access to work for eligible candidates, the latter on foot of a successful Supreme Court ruling in February. While problems remain with this in terms of who can access work and how easily, it is arguably the biggest legal shift in over two decades of asylum regulations.

* Series continues on Friday: What is the future for direct provision in Ireland?