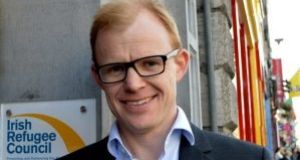 Nick Henderson from the Irish Refugee Council said the charity had often worked with asylum-seeking women who were pregnant as a result of rape which occurred in their home country.

Migrant women, including women seeking asylum, are “disproportionately and adversely affected” by the Eighth Amendment of the Constitution, refugee support groups have said.

Women who are asylum-seekers, refugees, undocumented or victims of trafficking and who do not have the right to travel freely between Ireland and the UK or mainland Europe currently face a unique set of legal and financial barriers when it comes to accessing abortion services, the Immigrant Council of Ireland, the Irish Refugee Council, the Migrant and Refugee Rights Centre (NASC) and Doras Luimní have warned.

Asylum-seeking victims of rape, sexually trafficked young women and traumatised women and girls who may not be able to access information on healthcare options are also at risk under the current legislation, the groups said.

All five charities are calling for a yes vote to repeal the Eighth Amendment.

Women who come from countries outside the EU to Ireland through study and work visas also face visa restrictions and delays if they need to travel to another European country for an abortion.

Nick Henderson from the Irish Refugee Council said the charity had often worked with asylum-seeking women who were pregnant as a result of rape which occurred in their home country. “Women in the asylum process who need to leave the State for any reason, including to access an abortion, can only do so with the consent of the Minister for Justice and Equality. It is a criminal offence not to have the Minister’s consent, yet no formal mechanism exists for obtaining this consent.”

Leonie Kerins from Doras Luimní warned that asylum-seeking women who needed access to abortion on medical grounds could find themselves “caught up in a lengthy process which may, in turn, put their health at greater risk”.

Under Irish law, only Irish citizens may vote in a referendum, meaning migrant women living in Ireland will not be able to vote on May 25th.