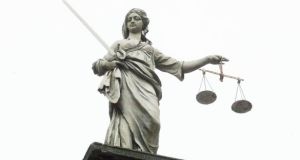 Zanyar Rasul Ahmadi has called for his case to be re-examined after spending more than four years in direct provision waiting for an answer on his asylum application. Photograph: Alan Betson

Zanyar Rasul Ahmadi arrived in Ireland in February 2016 with eight other asylum seekers and was discovered in the back of a lorry in Co Wexford that had arrived shortly before on a ferry from Cherbourg.

So far, all of the others have received permission to remain in Ireland. However, Mr Ahmadi’s application remains on hold because he was finger-printed in Austria and Germany before travelling here.

Now, the 28-year-old Kurdish man, who left his home more than five years ago, has called for his case to be re-examined after spending more than four years in direct provision waiting for an answer on his asylum application.

He was forced to leave home because his father was involved in the Kurdish separatist movement: “My uncle organised and paid for the journey. It was very hard leaving without my family. It wasn’t up to me. If it was I never would have left my country.”

From there, he travelled to Turkey by car, before being smuggled onto a truck which brought him across eastern Europe. The vehicle was stopped at the Austrian border where Mr Ahmadi and others were arrested.

“I was in jail for 10 days and they told me I had to give them my finger prints if I wanted to get out. They said if I gave the prints they’d let me go,” Mr Ahmadi told The Irish Times. Once released, a smuggler told him to keep moving.

In Germany, he was stopped, finger-printed again and spent time in a refugee camp. From there he travelled in a van with 35 men to northern France where he spent a few months in a camp outside Dunkirk.

In February 2016 he boarded a truck, but did not know it was heading to Ireland. “I only had one small bottle of water. We were in that truck for nearly 50 hours, we didn’t have any food and we had to pee in a bottle.

“At the start it felt like there was enough air in the truck but then you start to worry. One man had a knife so we cut a hole in the door to get air. We couldn’t breathe properly, we were worried we would die.”

He passed out, and spent time in an Irish hospital after he was found in Rosslare. From there, he went on to the Balseskin direct provision centre in Finglas. Two months later, he was sent to the Glenvera centre in Cork, where he lives today.

Mr Ahmadi’s case has been delayed because under the European Union’s Dublin III rules, EU states can pass responsibility for dealing with asylum applications to the European country where the applicants first land or are finger-printed. Mr Ahmadi appealed a 2016 refusal, but says he has heard little since.

Asked to comment on Mr Ahmadi’s application, a Department of Justice spokesman said the Dublin process was “complex” and recommended that he contact the International Protection Office about his case.

Two applications for an employment permit have been rejected because his protection request remains in flux: “I’ve learned English and did a barber course here so I’m a trained barber now. I passed my driving test but they won’t give me the card because I don’t have the papers.

“It’s not a good feeling being stuck here. I want to have my own life and my own job, it’s not good for my head here. My friends have their papers; they have lives here now, but I’m still in Glenvera,” he said.