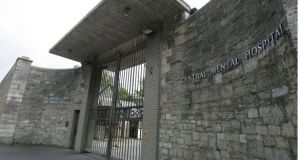 Residents of north and west Dublin and unemployed and unskilled workers were most likely to be admitted to psychiatric care last year, a report published on Thursday shows.

The study, from the Health Research Board (HRB), also indicates patients of public psychiatric units were far more likely to be discharged within a week than those admitted to private units, where patients often stayed several months.

While admissions to psychiatric hospitals have fallen from a peak in the mid-1980s, admissions to child and adolescent units increased by 63 per cent in the last decade – from 272 in 2010 to 443 last year.

This may reflect an increased bed capacity in child and adolescent mental health services in the last decade.

Drawing on data returned to the National Psychiatric In-patient Reporting System, on admissions to and discharges from the 66 psychiatric units, the HRB reports that males accounted for 51 per cent of the 16,710 admissions last year.

Among children in contrast, girls accounted for almost 70 per cent of 443 admissions (67 per cent)to child and adolescent units.

Depression and depressive disorders were the most common reason for admission, accounting for almost a quarter. Schizophrenia accounted for 21 per cent with mania and neuroses each accounting for 10 per cent.

North and west Dublin had the highest admission rate – at 402.5 people per 100,000, compared with counties Galway, Roscommon and Mayo which had the lowest at 310.1.

North and west Dublin also had highest rates of involuntary admissions at 72.4 per 100,000, compared with 18.4 in Cork and Kerry with the lowest.

There were 297 admissions of homeless people down from 306 in 2018. Of these, 71 per cent were male and 76 per cent were single. The largest proportion (28 per cent) had a diagnosis of schizophrenia.

The length of time patients stay in public psychiatric units appears to be far shorter than for those in private or independent units. Over 40 per cent of psychiatric patients in the Mater hospital were discharged within a week (44 per cent), with a similar timeframe for discharges from the Drogheda department of psychiatry (45 per cent), and, Letterkenny general hospital (41 per cent).

Bloomfield Hospital in Rathfarnham, Dublin, had the longest average length of stay among the independent/private and private charitable centres, at 1,018.1 days (median 609 nights), followed by Cois Dalua, a mental health rehabilitation centre in Cork, at 399 nights.