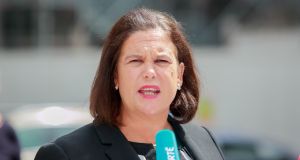 The extension of paid parent’s leave “falls far short” of the needs of women on maternity leave during lockdown, the National Women’s Council of Ireland (NWCI) has said.

On Monday, the Cabinet approved Government proposals which will permit parents of children born during the pandemic crisis to receive an extra three weeks of parent’s leave to offset the impact of having a child during the harshest lockdown measures.

The proposals will be considered part of the Budget 2021 process, coming into force thereafter.

The extension from two weeks to five will apply to all new parents once the reforms are approved, meaning an extra six weeks per family for two-parent families.

Orla O’Connor, director of the NWCI, welcomed the measure but said it was “expected to be made in the forthcoming Budget, and was reiterated as a Programme for Government commitment”.

Ms O’Connor criticised that the leave will not come into effect until Novemeber, adding that it will “therefore not retain links between women and the workplace”.

“In many cases, women gave birth without a partner or loved one present, and faced into motherhood without family or professional support,” Ms O’Connor said.“Babies had missed developmental checks, vital scans, hospital appointments and even vaccinations have been cancelled or delayed.”

She added: “This is why extending the maternity benefit was so critical for new mothers, and this measure does not go far enough to meet the needs that new mothers have raised with the NWCI since the start of the Covid crisis.”

“I am disappointed that the Government seems to have reached for parental leave as an alternative to doing the right things for mothers in particular, but for parents who have newborns and have had incredible complications and pressures in these times,” Ms McDonald told RTÉ Radio’s Today with Sarah McInerney.

“They have been left without all of the normal supports that I know I relied on when I was a new parent – extended family, on your mother in particular and grandparents – all of that has been totally set adrift.”

Ms McDonald also said she would be in favour of extending standard parent’s leave further with a more flexible system that would allow parents to use it until their child was 12-years-old.

Parental leave is paid at a rate of € 245 per week, and the extension will be applicable to parents whose children were born after November 1st 2019.

Announcing the extension, Minister for Children Roderic O’Gorman said it was a measure to recognise the “particular challenges” new parents faced during the pandemic.

“We are acknowledging that maternity leave was a difficult period for parents and others in the context of the Covid crisis, and the supports that were traditionally available, both official and then ability to engage with grandparents and friends, just wasn’t doable during that time,” he said.

Parent’s leave normally entitles each parent to two weeks’ leave during the first year of a child’s life, or in the case of adoption, within one year of the placement of the child with the family.

It is different from parental leave, maternity and paternity leave. Parental leave entitles parents to take up to 22 weeks’ unpaid leave from work to spend time looking after their children.

Pat Kenny ‘taken aback’ by scale of nursing home planned for site next to his home 16:54
Coronavirus: Northern Ireland reports 16 further deaths 16:46
Target to have all adults vaccinated by September ‘contingent on deliveries’ 16:38
Independent inquiry to examine mother and baby homes in North 16:56
Remote hearings of High Court personal injuries cases to resume 16:13