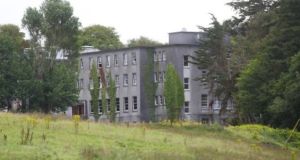 The Limerick charity which called for the immediate closure of the Mount Trenchard direct provision centre has said additional steps must be taken to ensure minimum standards are met in all accommodation centres as a matter of urgency.

Doras Luimní welcomed the news that Mount Trenchard in Foynes, widely regarded as the worst direct provision centre in the country due to poor facilities, overcrowding and isolation, is set to close next month but warned that many residents had suffered “both mentally and psychologically” during their time there.

A Doras report into the centre published in late 2019 found that living in the “unwelcoming, bleak, and confined space” of Mount Trenchard for extensive periods of time resulted in disinterest, apathy and depression.

Many residents believed they were sent to Mount Trenchard as some form of punishment and described the centre as “an open prison”, comparing it to Guantanamo Bay, according to the report.

While Mount Trenchard is generally seen to be an example of the worst of direct provision conditions in Ireland, there are many other centres across the country with varying degrees of safety issues, sub-standard living conditions and inadequate management which are located in isolated locations, said the charity.

The “lengthy amount of time” people spend waiting for a decision on their asylum claim must also be urgently addressed, said Doras director John Lannon.

“Spending an indeterminate amount of time, often several years, effectively segregated from society, can negatively impact a person’s mental health and wellbeing, and creates barriers to integration and inclusion,” said Mr Lannon. This long wait not only affects residents at Mount Trenchard but people in many centres across Ireland, he said.

“It is essential that the department works to implement an alternative to the inhumane system of direct provision,” said Mr Lannon. “Every person seeking international protection in Ireland should be treated with the dignity and respect that everyone deserves.”

A Department of Justice spokesman confirmed on Friday that its contract with Mount Trenchard’s owners would end in February and will be not renewed.

The Doras Luimní report, as well as a large number of complaints from residents and migrants groups, were key factors in the decision to close the centre, a senior Justice source said.

Officials have already started moving residents to a direct provision centre in Ennis, Co Clare. On Friday, 14 residents transferred to Ennis with the remainder expected to follow in the coming weeks.