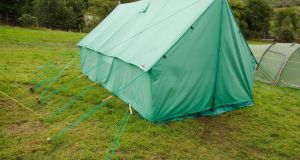 The figures were outlined in a briefing note sent by Scouting Ireland to members of the Oireachtas committee on children and youth affairs.

Further details from the review, show there are an additional 66 alleged victims of youth-on-youth sexual abuse, not included in the 313 figure.

The figures were outlined in a briefing note sent by Scouting Ireland to members of the Oireachtas committee on children and youth affairs.

In other cases recorded as child abuse of a non-sexual nature, 37 related to physical abuse, 13 were listed as cases of alleged emotional abuse, and five related to neglect.

“Not all of these abuse allegations are linked to scouting, ie some were where children/young people confided in leaders about abuse issues at home or elsewhere,” the briefing said.

Some 175 individuals reported allegations of child sex abuse to a helpline set up by Scouting Ireland in the wake of the abuse scandal. All allegations of abuse reported to the confidential line related to incidents prior to 1998.

Of the calls, 158 reports were passed on by Scouting Ireland to statutory authorities, including seven reports to the Police Service in Northern Ireland.

In 17 cases, there was insufficient information to report to authorities, where an anonymous caller spoke about suffering abuse, without naming the alleged perpetrator.

Minister for Children Katherine Zappone said there may be more victims of historic abuse yet to come forward, and urged them to do so.

Scouting Ireland formed in 2004, following a merger of the Catholic Boy Scouts of Ireland and the Scout Association of Ireland. The majority of the 313 allegations of child sex abuse occurred between the 1960s and 1990s.

In total, Scouting Ireland now has 918 safeguarding files, 516 of which are classified as non-abuse related.

A note about files classified as ‘not abuse’ by Scouting Ireland said these cases related to issues where a volunteer may have inappropriately disciplined a youth member, or conducted themselves inappropriately. This could include smoking, shouting, stealing money, or engaging in a minor dispute.

The briefing for Oireachtas members is the most comprehensive breakdown of the headline figures of alleged abuse cases to date.

“I strongly believe that is a failing which must be corrected as the safety of children is paramount,” Mr Zappone said.

“Therefore the new budget allocation for Scouting Ireland will reflect the costs of meeting that ... by the employment of a full-time professional safeguarding manager and putting in place a safeguarding team,” she said.