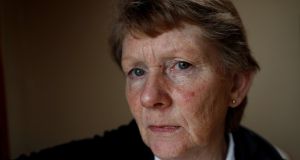 A project aimed at collecting the personal histories of people born at the Tuam mother-and-baby home was launched in Galway on Thursday.

Researchers on the project will be Dr John Cunningham and Dr Sarah-Anne Buckley of NUI Galway’s department of history.

Thursday’s event, exploring the topic of archiving survivor histories, was co-organised by the department of history and the university’s James Hardiman Library.

Later two panel discussions explored issues surrounding the collection and archiving of oral histories from the home. Led by Breda Murphy of the network and Mary Cunningham of the Tuam Oral History Project it involved participants from the network, as well as invited students and staff.

Covid-19 dominates entries for 2021’s virtual Young Scientist exhibition 00:01
Half hour of exercise offsets risks caused by sitting too long – WHO 00:01
Boy (4) left in hospital for over two years due to Tusla and HSE failings, report says 00:01
Dáil passes significant Bill aimed at mitigating impact of Brexit 23:44
Family fighting for Irish on gravestone in English churchyard to have legal bill covered 22:56