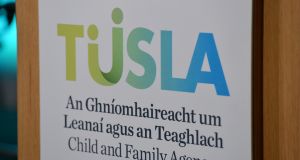 An audit from the second quarter of 2019 said it could not be assured children at risk of significant harm in Dublin north city were being safeguarded by Tusla. Photograph: Alan Betson / The Irish Times

Children at risk of significant harm are “not receiving an effective service” from Tusla on Dublin city’s northside, according to internal audit reports.

An audit from the second quarter of 2019 said it could not be assured children at risk of significant harm in Dublin north city were being safeguarded by Tusla, “due to difficulties with access to and the existence of records” in the area.

The audit found there were 68 children listed as active on the Child Protection Notification System (CPNS) in the area, which is Tusla’s register for children at ongoing risk of serious harm.

Some 23 of these at-risk case files on Tusla’s online database were missing standard documentation, such as records of completed initial assessments.

Internal audits from the first three quarters of last year were released to The Irish Times under the Freedom of Information Act.

Eight children on the at-risk register in the area had no records on Tusla’s online case database, which was introduced in 2018 to ensure better oversight.

There was “significant delays” from social workers adding records to the online system generally, but particularly in Dublin north city, the audit found.

Child protection plans drawn up for some children in the area “lacked detail and were not robust”, an audit from the first quarter of 2019 found.

The audit found “little evidence” that initial case assessments of children referred to Tusla were being completed consistently in Dublin north city.

“The return of accurate data relating to initial assessments has been of concern since early 2018”, and the audit’s findings “did not alleviate any of these concerns”.

Shortcomings in the area were in part linked to a high level of staff vacancies, with more than 28 posts to be filled in mid-2019.

In a statement, a Tusla spokeswoman said a drive to hire more social workers in the area took place last year, and additional supports had been provided “to ensure timely completion of initial assessments”.

In the Cavan-Monaghan area, two children were left in foster homes for nearly a year after Tusla deemed allegations they had been physically abused to be “founded”, according to an audit from the first quarter of the year.

The children remained in the homes for 11 months after it was decided they should be moved elsewhere, “due to difficulties sourcing an alternative placement”, the audit report said. Following the report, the Cavan-Monaghan social work department secured new foster placements for the two children.

A spokeswoman for Tusla said decisions around moving a child from a foster placement required an individual response in each case.

“Removing a child from a care setting where they have a safety plan and where there is no immediate risk to their safety prior to a different placement being found may not be in the best interests of the child,” she said.

The audit found less than 1 per cent of initial assessments of children referred to Tusla were completed within the required 40-day timeframe in Cavan-Monaghan.

The audit found a “high number of cases” were diverted by social workers to family support services, after which there “was a lack of evidence of social work oversight” in several of the cases, even though there was still “ongoing child protection and welfare concerns”.

In a number of cases social workers had not set up a child protection conference, which takes place if there are fears a child may be at risk, but the audit found “the threshold of ongoing risk for significant harm had been met” in the cases.