Almost 100 projects benefit from €9.6m left in will of publican 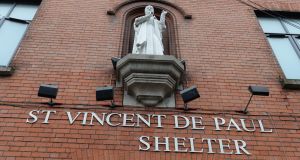 A total of 95 projects in Galway have received more than €9.6 million from the Society of St Vincent de Paul (SVP) after a publican bequeathed the funds to the charity in her will.

Maureen O’Connell, who died in 1998, was the proprietor of O’Connell’s public house in Eyre Square, Galway city. Her bequest to the SVP was for the general objectives and purposes of the society in Galway.

The original bequest totalling €7.73 million grew to €10.5 million through accumulated bank interest and other income. The funds from her estate became available to the charity in 2007. The bequest has now been fully drawn down or allocated.

The funds had a separate administration and accounts management separate from the main SVP structure in the region. The costs for administering the funds came to 8 per cent of the total.

Following a consultation process with members of the charity and local representatives, a plan on how to use the bequest was drawn up. The charity said the plan covered three main headings: community, family and individual.

A detailed report on the use of the funds and the projects which benefitted was published on Thursday. Several organisations apart from the SVP benefitted.

Other causes included counselling for young people who are experiencing difficulties in their lives; family skills programmes to strengthen communication between parents and their teenage children; as well as resource centres and community and youth facilities.

The funds provided direct assistance to more than 3,000 households and over 8,500 people. The bequest has now been almost fully disbursed and the winding up procedure is in progress.

Harry Kenney, chairman of the Maureen O’Connell Bequest Committee, said the funds had “provided an opportunity for SVP to make a lasting difference”.

He said this was achieved through “investing in projects and activities that aim to increase the resilience of families, individuals and communities and to tackle the causes of poverty and social exclusion in Galway”.

“This would not have been possible without the kindness and generosity of the late Maureen O’Connell for which we are very grateful,” he continued.

“The building which houses the SVP Resource Centre in Galway (Croí na Gaillimhe) has been renamed Maureen O’Connell House as a lasting tribute to her memory.”